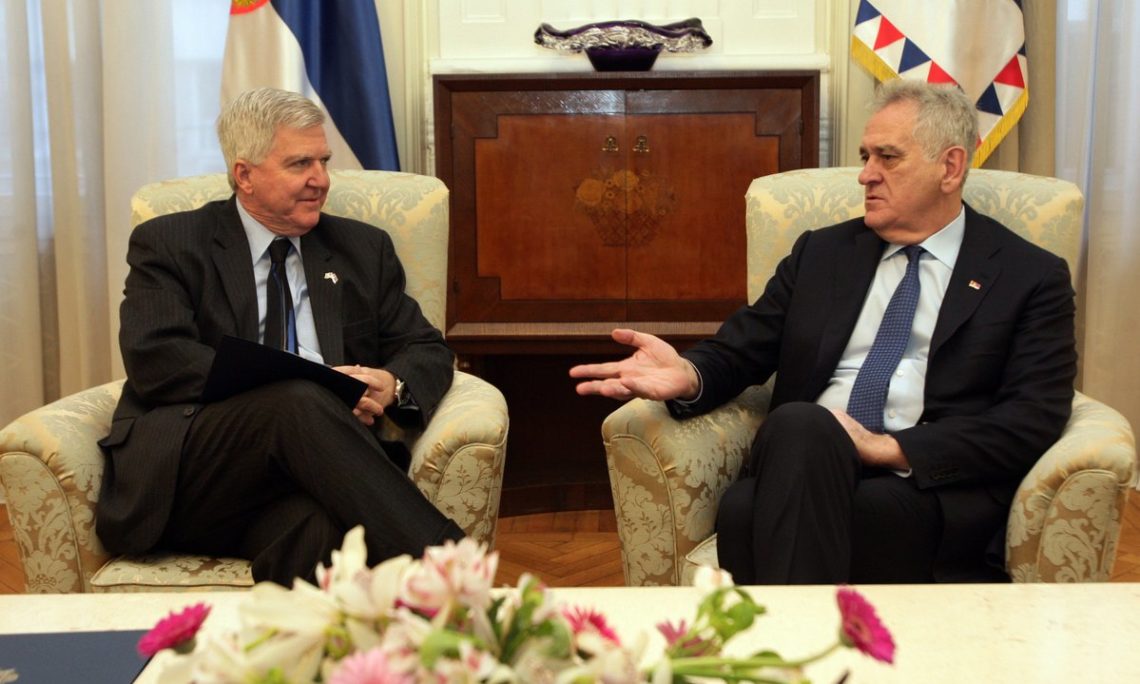 Ambassador Scott met with the President of the Republic of Serbia Tomislav Nikolic on January 17 to review the previous year and discuss future cooperation in 2017.  The ambassador praised the progress in Serbia regarding economic stability and growth.  He noted the opening of four chapters in the EU accession process in 2016, and said that the $4 billion in U.S. investments and 16,000 people working in Serbia for American companies were strong indicators of the strength and vibrancy of bilateral relations.  He also pointed out that Vice President Biden’s meeting with Prime Minister Vucic in Davos that day was an indicator of the importance of the Serbian-American relations.

President Nikolic expressed his views about the need to build even stronger relations in the future, despite the two countries’ different views on the status of Kosovo.  Ambassador Scott said that stability in the region is a prerequisite for future progress, and that everyone should avoid heightened rhetoric.  He noted that the U.S. continues to support the EU-led Dialogue between Belgrade and Pristina and that the U.S. encourages both Serbia and Kosovo to seek out opportunities in order to make meaningful progress in moving towards comprehensive normalization of relations.  The two agreed to continue their contacts, and expressed the hope that a new basis for improved relations between the two countries would soon develop.