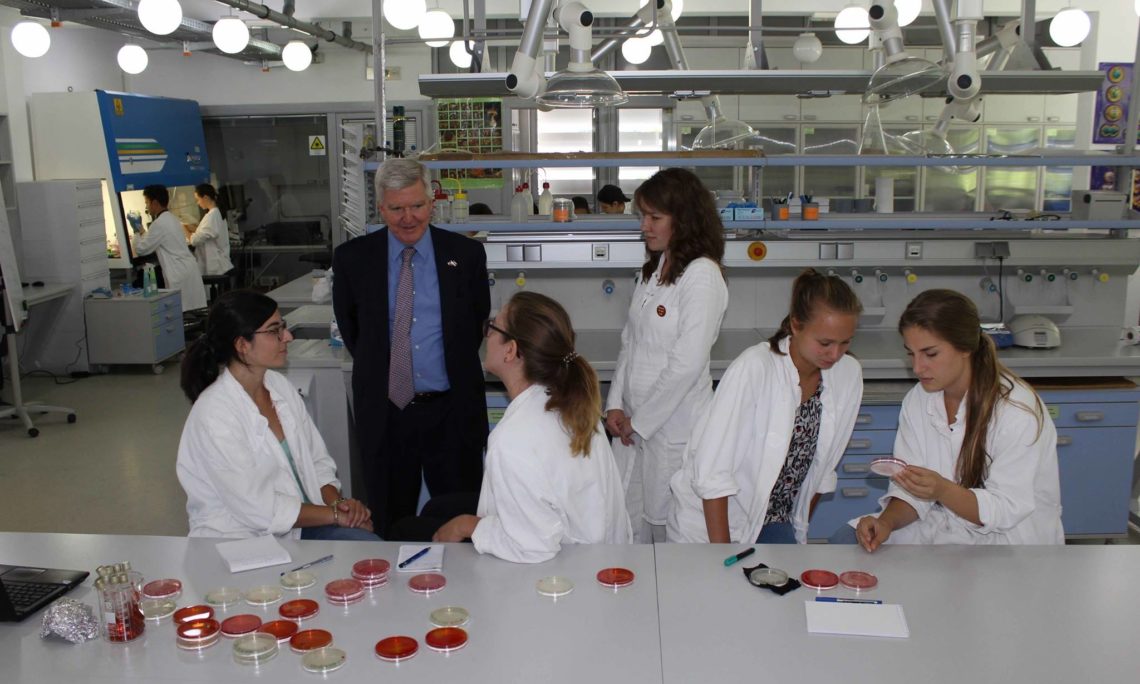 “Study and do what you love. You will be very successful exactly because you will be doing what you love to do. What is important is your love and enthusiasm for what you do.” – U.S. Ambassador Kyle Scott

On July 12th, Ambassador Kyle Scott visited the Petnica Science Center, which celebrates its 35th anniversary this year. Since the Center’s opening, nearly 50,000 students have participated  in approximately 4,000 programs in the natural, social and technical sciences.

His visit began with a tour of physics, archeology, biology, chemistry and geology laboratories, which allowed him to see all that Petnica has to offer to students interested in studying science. The Ambassador told students he was encouraged to see so many girls enrolled in science programs in Petnica, something that’s not so common in the U.S. He stated how important it was that Petnica nourishes critical thinking and the scientific method as a way of making conclusions. All this, along with life-long learning, is important for future professional success, and the ability to adapt to new circumstances. Ambassador Scott also talked with the students about their plans for the future, and their opinion about the future of civilization, as well as the reasons students were interested in science. The Ambassador also saw many of the students’  science projects.