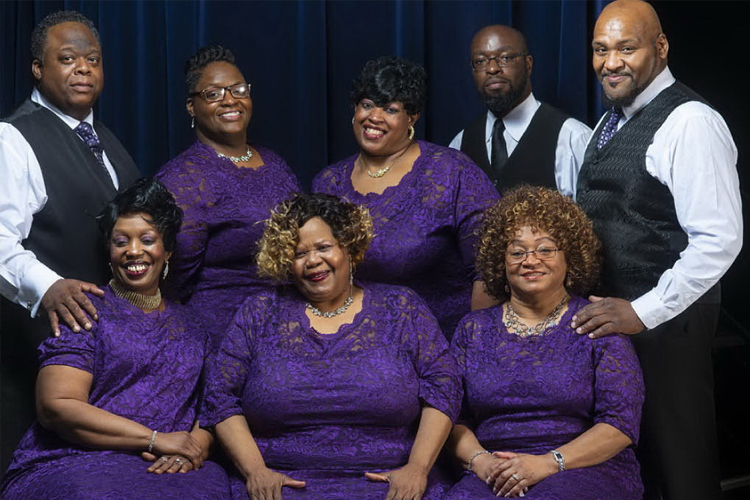 One of America’s most treasured blues musicians, Sherman Holmes, will be performing soul, gospel, and country songs with The Legendary Ingramettes gospel group in Serbia from May 25 – 27.  The artists are touring the region through the Virginia Folklife Program in partnership with the U.S. Embassies in Bulgaria and Serbia.

From his time playing “juke joints” in rural Virginia in his childhood to jazz and blues clubs in Harlem in the 1960s through the present day, Sherman Holmes has been recognized for his mastery of the “Americana” style of music that combines blues, soul, gospel, country and rhythm and blues.  Sherman and his brother Wendell, who passed away in 2015, won multiple Blues Music Awards and shared stages and recorded music with Bob Dylan, Willie Nelson, Peter Gabriel, Ben Harper, Van Morrison, and many others.  The New York Times declared their music “deeply soulful, uplifting and timeless.”  Now 79, Sherman Holmes continues to live in his hometown of Christchurch, Virginia, across the street from the Calvary Baptist Church, where he sang and played as a boy.

The Legendary Ingramettes, who will perform with Sherman Holmes, today include three generations of the Ingram family.  The group was founded by the evangelical minister „Mamma“ Maggie Ingram in 1960s and ultimately became the City of Richmond, Virginia’s “first family of gospel.”  During a childhood spent working the cotton and tobacco fields with her parents, Mamma Ingram began playing the piano and singing at an early age in front of church congregations throughout the South.  She passed away in 2015 at the age of 84.  Now led by Maggie’s daughter, the Reverend Almeta Ingram-Miller, the group has not only continued singing in Mamma Ingram’s finest tradition but also soared to new heights.  The Ingramettes’ commanding, spirit-filled performances demonstrate the extraordinary depth of talent in American gospel music, which has been deeply influential on other genres including rock and soul.

The Legendary Ingramettes performed with Sherman Holmes on his solo debut album from 2015, “The Richmond Sessions,“ which showcased a distinctive blend of bluegrass, gritty rock ‘n’ roll, and joyful southern gospel.  The album was produced by an expert of traditional American music from the University of Virginia Dr. Jon Lohman, who is also leading their visit to Serbia and Bulgaria.  For their first tour to the Balkans, Sherman Holmes and The Legendary Ingramettes will perform and conduct workshops in Niš on May 25, in Novi Sad on May 26, and in Belgrade on May 27.

Free concerts will be held as follows: