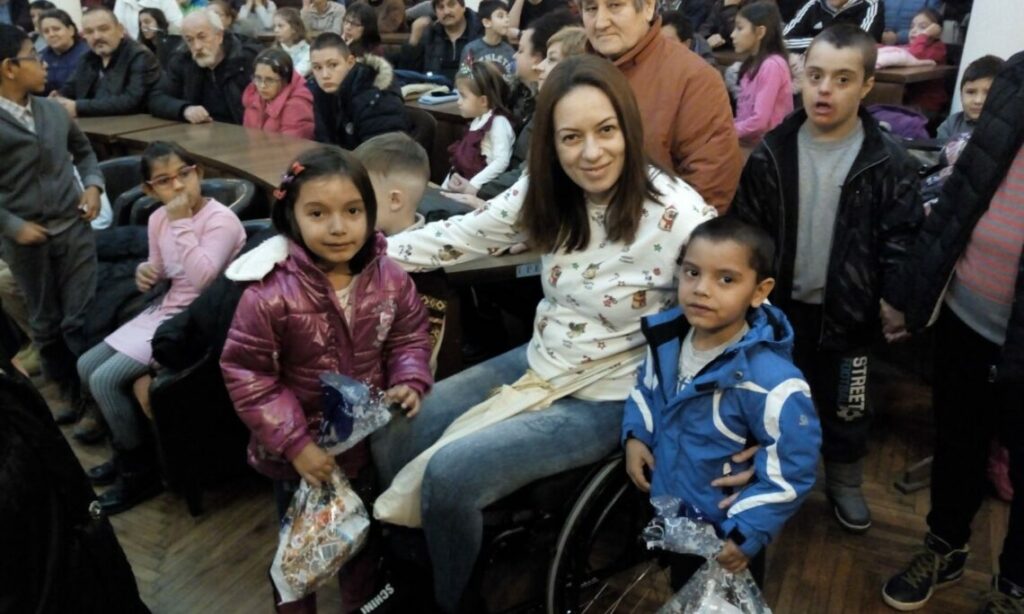 In 2010, Dragana Rodić received “The January 11 Award” – the highest civilian award given by the Government of Niš as a recognition of her courage and strength in overcoming barriers that she faced as a person in a wheelchair since 1999. This may sound like a lifetime achievement to many, but for Dragana, the journey had just begun. “The opportunity I was given in 2010 as a participant in the Community Connections program is something most significant in my life.” Dragana fondly recalls those earlier days of her new journey.

“There was a fair at the university, and on that occasion, I met an U.S. Embassy representative who introduced me to various opportunities I could attend as a university employee. We exchanged emails and parted with the sentence “You Must come!” I remember going through various trainings for career guidance, and then, one day, there was an opportunity to from the U.S. Embassy to participate in a cultural exchange program in the U.S.  with the theme: Establishing Internships. It was a perfect fit.”  Eleven years later, today, happily married and the proud mother of son, Dragana Rodic has been running the NGO Association of Persons with Disabilities “Dragana Rodić” since 2012.

Her “I Remove Barriers” project, which focused on bringing people with and without disability together through music, had a tremendous impact on her community, and since 2018, with support from the U.S. Embassy, a portal “Remove Barriers” is providing support to people with disabilities through counselling, education, employment, and social reintegration.

Dragana spent 3 weeks on Community Connections program in Baltimore, Maryland, where she met many incredible people who inspired her to continue fighting for persons with disabilities. “My second family was Professor Ed, who used a wheelchair, and Professor Janice Jackson, who was also a person with a disability.” – Dragana speaks of her mentors in the U.S.  “They wanted to show me how they fought for their rights. They were keen on making my trip to the U.S. worthwhile by helping me bring their knowledge and skills back to Serbia to help my people here. They showed me what nursing homes look like.”

Speaking of how the term “Removing Barriers” was coined, Dragana mentioned “I once

attended a race in an elementary school, and the winners of the race, when asked how they won, kept saying “Without a barrier!” This stayed with me.”

Upon returning to Serbia, Dragana decided on “Remove the Barriers” to be the driving motto of her activism. Providing support only to people with disabilities alone will not solve their problems. There is a need to reach out to people without disabilities too so that they can overcome any social stigma or misconception associated with people like Dragana. As she says in one of her interviews “This project, this info portal “Uklonimo barijere (Remove the Barriers)” wants to establish synergy of persons with disabilities, and persons who do not have any disabilities; to remove the taboos and stigmas related to persons with disabilities. Just because we are different doesn’t necessarily mean that we should be shied away from; our goal is to help people accept differences and help them live with those differences.”  To learn more about the work of Dragana Rodić and her team, check the “Remove Barriers” portal.