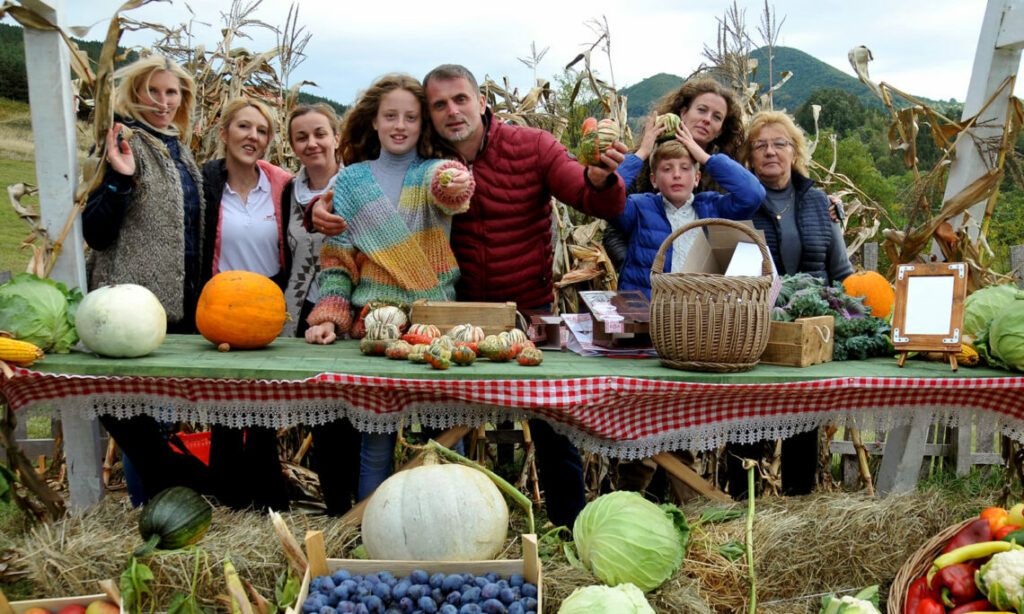 Embassy Alumnus and tourism entrepreneur Željko Sredić collaboration with U.S. Embassy Belgrade on a project to train farmer women resulted in the first ever women’s agriculture cooperative in his municipality of Kosjeric near Zlatibor. His participation in Community Connections program in the U.S. had an immense impact on his future activities, learning how to recognize and seize an opportunity; how to develop business, marketing, communication with guests and associates in his business.

I’ve been in rural tourism since 2002, together with my family.  Our village, Mionica, is a mountain village just below Divcibare mountain, which gave its citizens, together with the citizens of several surrounding villages, to start working in rural tourism sector more than 3 decades ago.  The main mission of this business was to enable the farmers to sell their products – food, mostly – over their doorstep, and make additional income by subletting the rooms in their houses (rooms were mostly empty after their children left for bigger cities).  From the very beginning, domestic food was – and I believe, still is – one of the main reasons why people come to villages, looking for rural tourism options.

When we were starting, our own production was sufficient to cover the demand – food from our farm: fruit, vegetables, milk and dairy products as well as meat and meat products; however, after 2 years, our business grew and we had to start looking for surplus food from several neighbors.

That wasn’t a problem for smaller groups of guests; however, when we had buses with 50 visitors, we needed help from 10 households, and even then it was a question whether we would make it – because everybody wanted to bring something home: a jar of marmalade or honey, a bottle of juice or rakija.  The reasons for those difficulties were clear: during the harvest season (when fruit was ripe), every household had excess food; but, in the off-season, supplies were low.  So, the raw products had to be processed in order to have a longer shelf life. Farmers would process whatever their household could use, and the rest would just go to waste.  For example, they would sell their milk to dairy factories (at low prices), and they would make dairy products in quantities which would satisfy their own household’s consumption.  Additional problem was that there were no open air markets (pijace) nearby; big grocery chains have managed to crush small markets not only in Kosjeric but also in Divcibare – a well-known tourism center.  Hotels and grocery stores were getting their food from big suppliers.  So farmers faced the fact that it wasn’t lucrative for them to take their small quantities to markets which were farther away, and the farmers’ cooperatives, which once were the safety net for every farmer (they were able to sell their surpluses to cooperatives, or trade them for some other goods) were ruined during the 80’s.

My challenge was to enable the continuity in supply of domestic food from small farms which my guests are always looking for, so I developed an idea of establishing a network of small farmers/households so we could have relevant info on offers and quantities of specific products.  From there, I initiated different projects for capacity building and economic empowerment of representatives from those small farms so they could all sync their capacities with the needs of the local tourism market.

In most cases, women in the rural areas are carrying a bigger load than men.  They are always at home and they have to do every single job whether they like it or not – they have no choice, actually.  They do not have constant sources of income, so they have no social security benefits, no pension.  They work to survive, in addition to serving everyone in the house.  That is a big force which is not being recognized in the state, let alone in a small municipality like Kosjeric, with 10,000 citizens in 28 villages and a town.  I was encountering these women daily, because I was buying food from them.  So my mission was to enable those women getting their share, and then some more, since they are already working on their farms.

“Kosjerka”, a Women Cooperative, is a crown of several years of work with rural housewives (trainings, grants for equipment etc) and their desire to succeed.  The most important thing is that there will not be any more of fruits and vegetables going to waste, because all of it will be able to be processed – and there is more room for more women being employed and more products being developed.  Our next step is to start making plastic gardens for growing spice herbs, as well as other old sorts of fruits and vegetables.

One of Cooperative’s achievements is that its sugar-free raspberry marmalade and cold-pressed juice were made part of “The Best of Serbia” package, which was awarded to successful citizens and students by the President of Serbia.  On the other side, it was made a huge sucess and a brand on Divcibare ski slope, so we received reports of tourists coming even during the summer just for the juice.  It is being sold in hotels in Zlatibor, and in my rural household alone  over 1500 liters were bought to be taken home by happy customers…

I also have to brag a bit about different activities as well.  Fish-farm from the Seča village, whose owner attended all the trainings I organized, made a deal with one of the biggest producers of pates in Serbia, a company called “Argeta”. They have developed a special pate from the Kosjeric trout.

My participation in Community Connections program in the U.S. in 2008 had an immense impact on my future activities.  How to recognize and seize an opportunity; how to develop business; marketing, communication with guests and associates in my business… I learned a lot and used it in further development of my business.