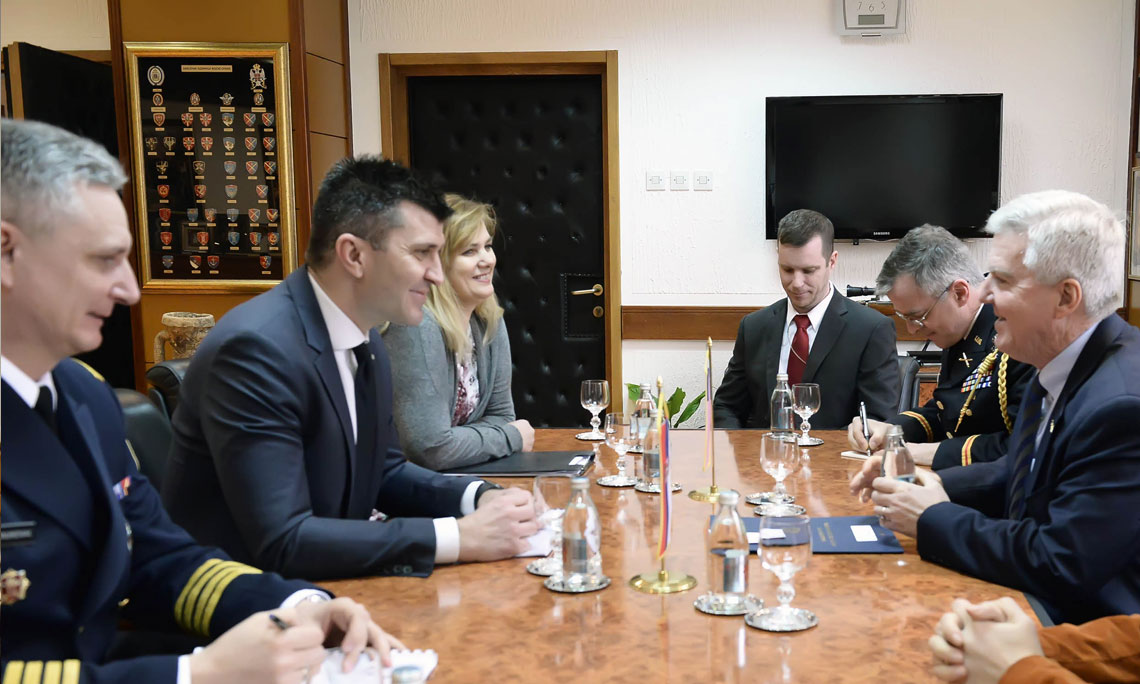 The Minister of Defense, Mr. Zoran Đorđević and the Ambassador of the United States of America, Mr. Kyle Scott, talked about the continuation of the established and the development of the future cooperation between the two countries in the field of defense.

The interlocutors stated that the bilateral military cooperation was one of the most developed segments of the relations between Serbia and the USA, and that, simultaneously, as it was stressed by Minister Đorđević, it was the U.S. Armed Forces that the Serbian Armed forces have the most extensive bilateral cooperation with.

“A great number of joint exercises that we conducted on training fields in the FR Germany, Romania, Bulgaria, and, of course, in Serbia in the best way reflect the diversity and success of our cooperation” said Minister Đorđević and underlined that all the exercises significantly influence the enhancement of the operational and functional capabilities of the Serbian Armed Forces.

The similar dynamics is expected in this year as well, in which we plan to hold more than 120 joint activities, where different forms of education and professional advancement of our members organised by the USA should be added.

The State Partnership Programme with the National Guard of Ohio was mentioned as one of key moments of the cooperation of the two countries, and one of the projects initiated in 2015 was the development of the capabilities of the pledged engineering unit of the Serbian Armed Forces for participation in peacekeeping operations, while joint medical engagement represents one of the major areas of cooperation to be developed in the forthcoming period.

Minister Đorđević also mentioned the “South” Base development project as one of the priorities set by the MoD and SAF in the area of international military cooperation.

Đorđević emphasised that Serbia continues to lead a balanced defense policy, incessantly working towards further development of relations in that field with all the countries and international organisations, in line with the defined national interests. Similarly, regarding the matter of regional security cooperation, he underscored the importance of that cooperation stating that the Serbia would continue enhancing relevant activities, but that it expected a positive approach from the others as well.