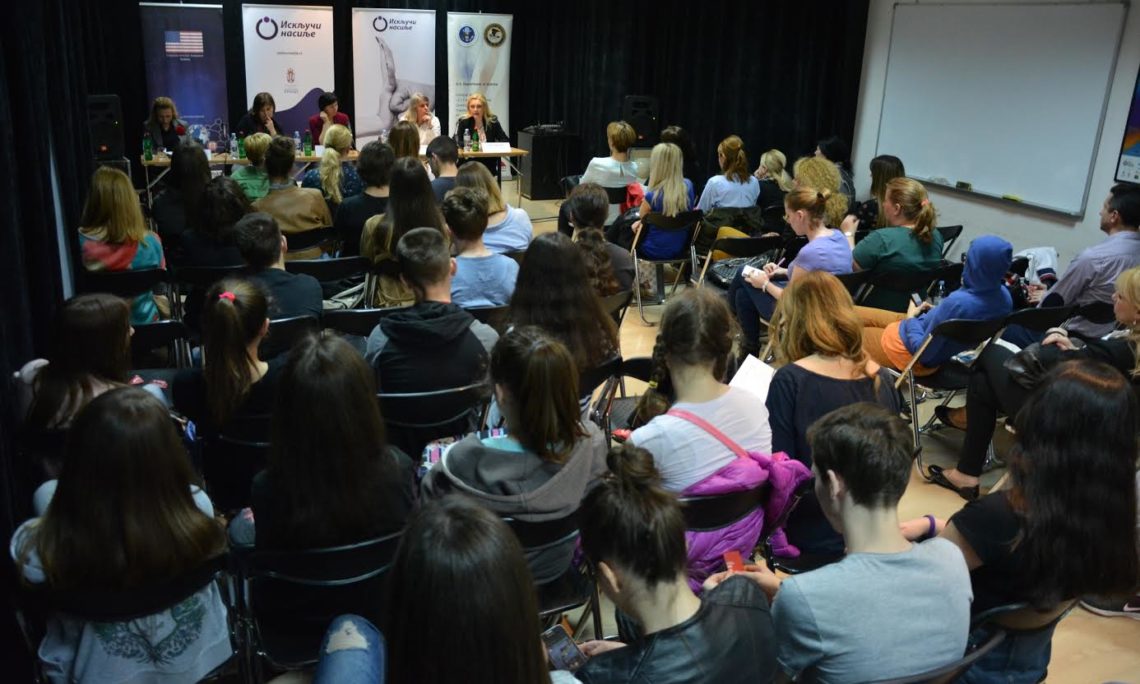 Recognizing the significance of victim safety and the need for a well-coordinated community response to domestic violence, The U.S. Dept of Justice International Criminal Investigative Training Assistance Program (ICITAP), in cooperation the U.S.Embassy Public Affairs Office began with a series of panel discussions on Domestic Violence. The first one was organized on March 23, 2017 in the American Corner in Belgrade, Serbia.

Since the panelists were members of the working group for Law on the Prevention of Domestic Violence, which included representatives of the court, prosecutor’s office, the police, NGOs, and centers for social work, they gave valuable insight and specifics on the key points of the Law starting with its enforcement on June 1, 2017.  The speakers informed participants how they can help victims and survivors of domestic violence break the vicious cycle of violence, as well as how to find support and assistance in their communities. Moreover, the panelists shared their valuable experience and insights with the audience members in order to raise the level of awareness on this issue and further empower people to report this type of incidence as it is no longer considered a “private issue”, but a “community issue”.

This event also emphasized the importance of a collaborative and cross-sectional approach to quicker response in cases of domestic violence that will ensure greater protection for the victims before it is too late. Early intervention or lack of early support can enable or prohibit one’s ability to break away from abuse. The panelists underscored that moving on requires a well-functioning justice and law enforcement system with skilled, supportive, and informed professionals, as well as community members.