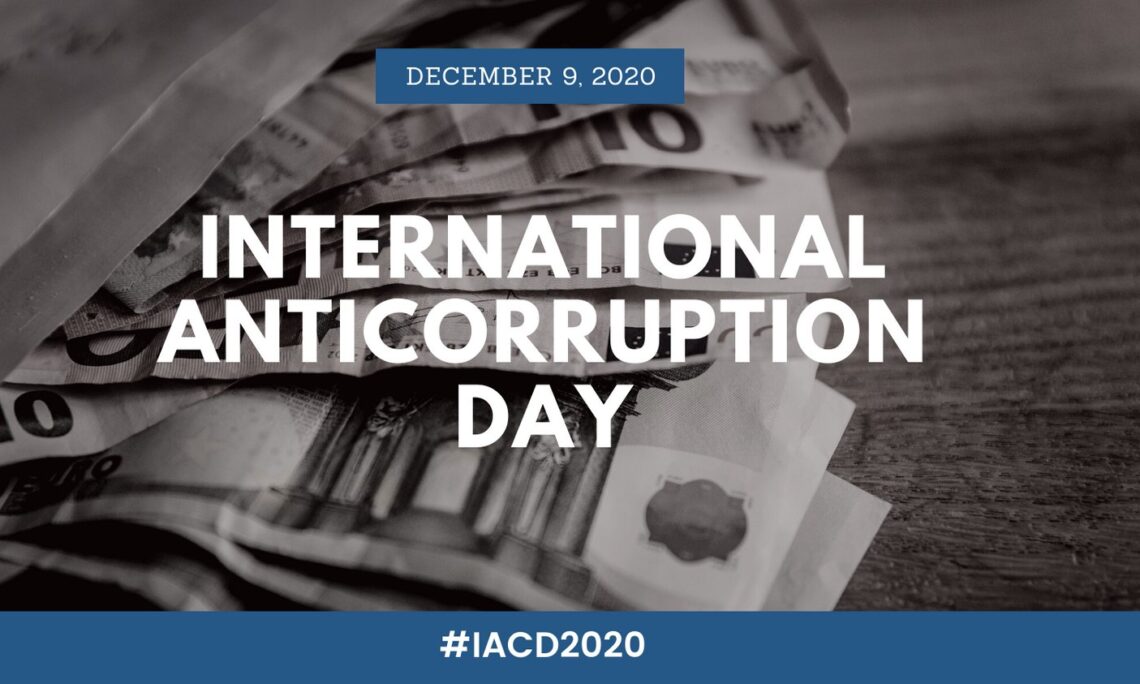 Since the passage of the United Nations Convention Against Corruption in 2003, December 9th has been observed as International Anti-Corruption Day – a day dedicated to raising public awareness about the dangers corruption poses to the stability of a society, and mobilizing political will to tackle this global issue. Corruption affects all countries worldwide and it weakens the foundation of democratic institutions, stunting economic development, undermining the rule of law, and eroding the quality of life for all citizens.

Fighting corruption is not a simple task. It’s a fight that concerns all of us and requires everyone’s involvement. It calls not just for the dedication of independent anti-corruption bodies in preventing, detecting, and holding corrupt officials accountable, but also for the active public involvement of every citizen by saying NO to corruption, not turning a blind eye, and demanding transparency and accountability from those they vote into public office.

Today, we want to express our support for all the institutions, prosecutors, police, media, civil society organizations, but also the citizens of Serbia who are actively combating corruption and ensuring that EVERY day is Anti-Corruption Day.