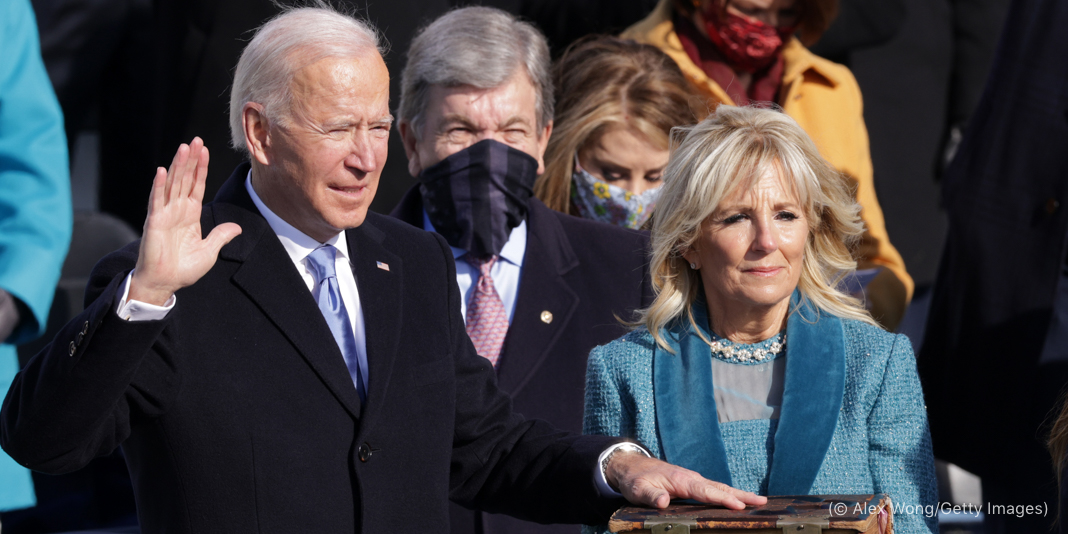 WASHINGTON, DC - JANUARY 20: Joe Biden is sworn in as U.S. President as his wife Dr. Jill Biden looks on during his inauguration on the West Front of the U.S. Capitol on January 20, 2021 in Washington, DC. During today's inauguration ceremony Joe Biden becomes the 46th president of the United State

Joseph R. Biden Jr. was sworn in as the 46th president of the United States on Wednesday, January 20. Minutes before, Kamala D. Harris took the oath of office to become the first woman, the first Black American, and the first South Asian American to be elected vice president.

“We’ll be a strong and trusted partner for peace, progress, and security,” the new president said in his inaugural address. He promised the nations of the world: “We will lead not merely by the example of our power but by the power of our example.”