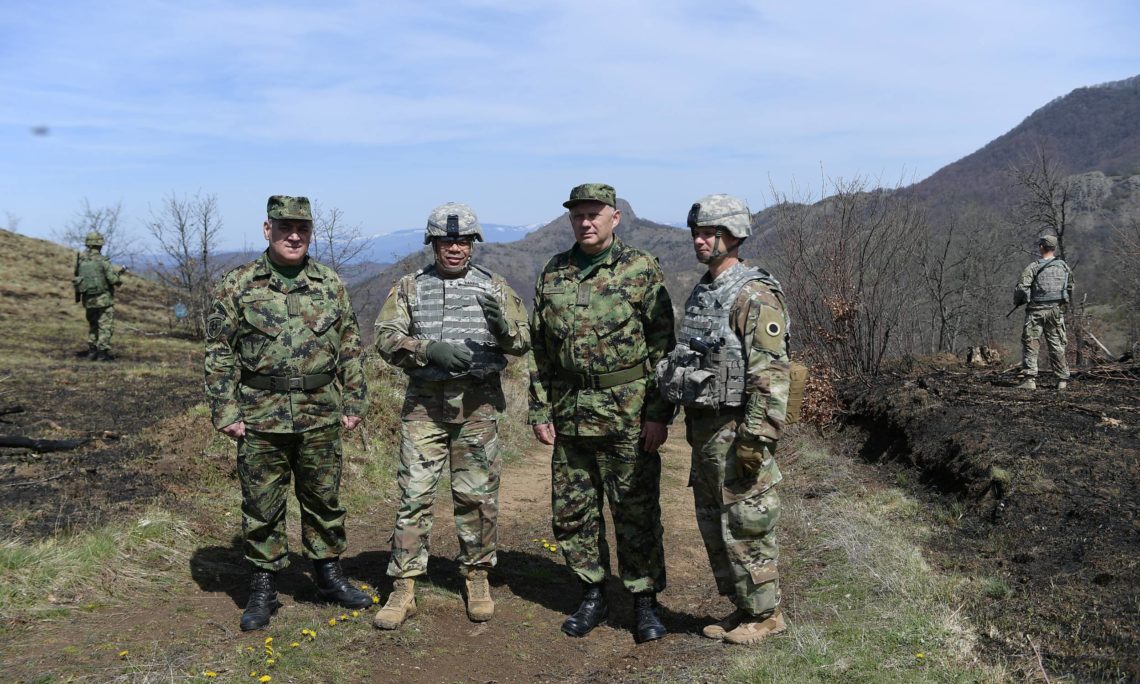 Adjutant General – Army, Ohio National Guard, Major General John Harris, visited the members of the Serbian Armed Forces and KFOR engaged in the simultaneous patrol in the Kosovo-Serbia Ground Safety. According to General Harris, the joint patrols emphasize the importance of building trust, and it is well known that Ohio and Serbia have had the outstanding partnership for many years.

According to the Deputy Commander of the Joint Operations Command, this activity today is one of many forms of the cooperation between KFOR and the Serbian Armed Forces and is focused mainly on the joint intention to consider security challenges, which can be registered in this area. “The key security challenge in this area is of course illegal activities, and what represents the special threat along the administrative line for the members of the Serbian Armed Forces is the illegal logging and the armed persons from Kosovo and Metohija participate in it”, General Janicijevic explained. The joint simultaneous patrols of the Serbian Armed Forces and KFOR in the Ground Safety Zone have been carried out since 2005.