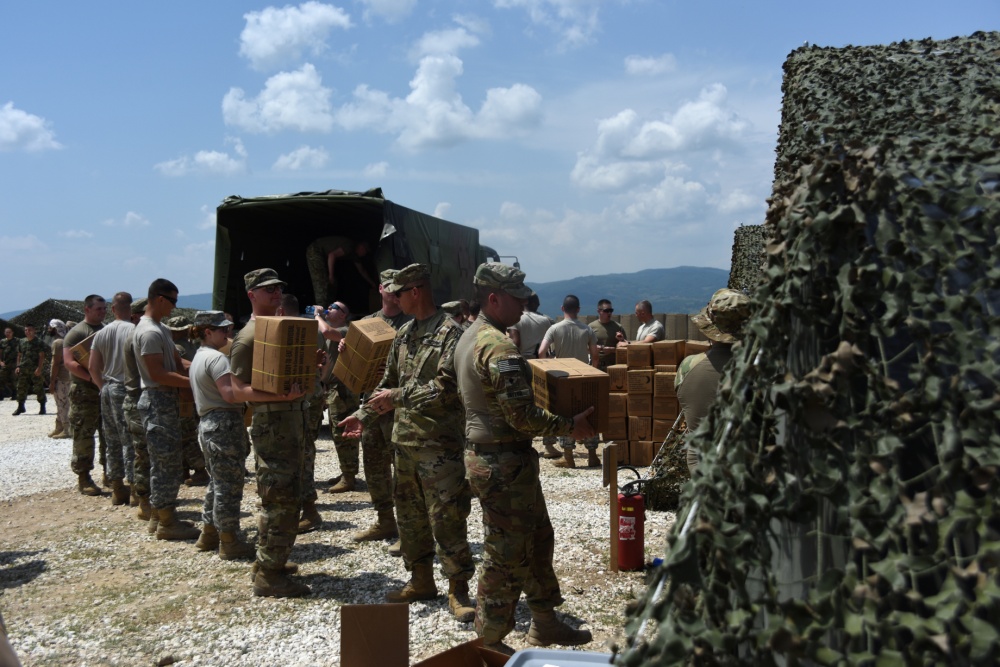 The two-week, multinational peacekeeping exercise will bring 10 nations together to enhance military cooperation and interoperability at Serbia’s South Base and Borovac Training Area, June 11 – 22.

The full-scale exercise, led by the Serbian Armed Forces, will allow the Ohio National Guard’s military police Soldiers, along with more than 45 members of the Tennessee National Guard’s 269th Military Police Company, to train alongside and develop partnerships and mutual understanding between partner nations including, the United Kingdom, United Arab Emirates, Hungary, Bosnia and Herzegovina, Bulgaria, Montenegro and Romania.

The training event kicked off June 11 with the official opening ceremonies, where about 550 military personnel participated in an open ranks inspection and listened as Col. Sladjan Stamenkovic, the Serbian 4th Army Brigade commander, welcomed and thanked the partnering nations and highlighted the exercise objectives.

“Since 2014, we have conducted the multinational training exercise called Platinum Wolf every year and the experience we have gained so far is very positive,” Stamenkovic said. “Considering that we carry out the exercise in a multinational environment, it is an excellent opportunity for the members of partner nations’ armed forces to gain and exchange new experiences.”

Throughout the two-week event, participants will conduct hands-on training, share best practices and execute a full-scale exercise incorporating tactics in Military Operations on Urban Terrain, or MOUT; civil security and operations; public law and order; crowd and riot control and use of nonlethal weapons.

As part of the Department of Defense State Partnership Program, the Ohio National Guard established a partnership with the Republic of Serbia more than a decade ago, in 2006.

Throughout the 12-year partnership, Ohio and Serbia have worked together to enhance joint training opportunities, averaging about 20 events annually, in turn, building cultural understanding and promoting regional stability in support of security cooperation goals.

“We, the 838th, are excited to be here to impart the skills of U.S. Military Police,” said 2nd Lt. Tim Kurfiss, 838th Military Police Company officer in charge during the exercise. “Here, we can share best practices and develop relationships for future operations.”