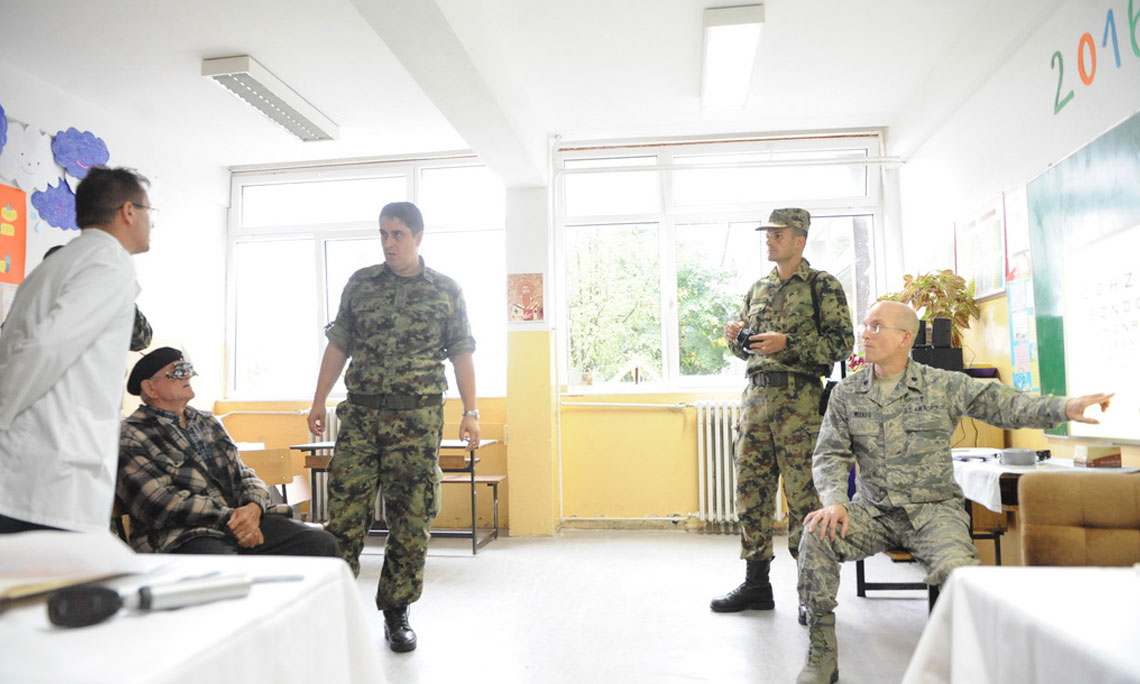 Serbian Armed Forces and the Ohio National Guard organized free medical examinations for the residents of eight villages remote from health care facilities in the towns of Presevo and Bujanovac during the month of September. Joint medical teams carried out 3,364 examinations on 1,900 patients on six locations in the Pcinj Administrative District.

In Reljan, in the municipality of Presevo, a joint humanitarian assistance of mixed medical teams of the Serbian Armed Forces and the Ohio National Guard started and lasted on the territory of the Pcinj Administrative District until 14 September.

In the “9. May” Elementary School, the beginning of this humanitarian campaign was attended by Nenad Neric, State Secretary at the Ministry of Defense, Ljubisa Dikovic, Serbian Armed Forces Chief of General Staff, Major General Mark Bartman, Ohio National Guard Adjutant General, Kurt Donnelly, US Deputy Chief of Mission in Belgrade, representatives of the Ministry of Defense, the Serbian Armed Forces and local self-government.

Kurt Donnelly, US Deputy Chief of Mission in Belgrade, expressed his satisfaction at being able to witness the successful cooperation between the Serbian and the US sides.