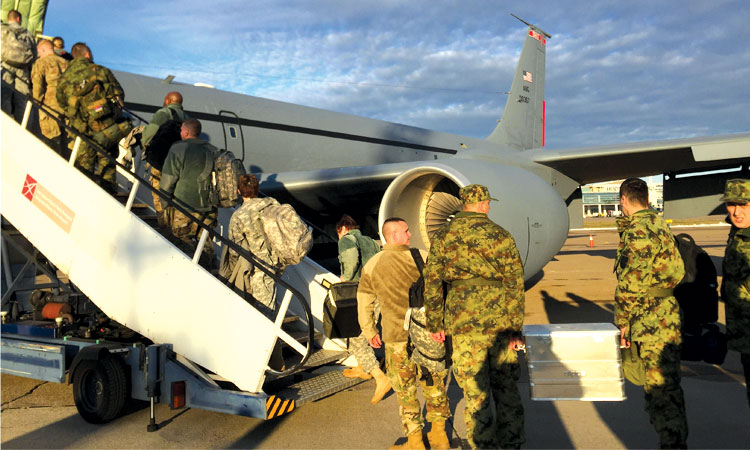 About 30 members of the Ohio National Guard are participating alongside the Angolan and Serbian Armed Forces in the first combined medical engagement between the three militaries, Dec. 4-15 in the Republic of Angola.

The two-week trilateral engagement, called PAMBALA 2017, consists of two phases. Phase one, which kicked off Dec. 4 in Luanda, is focused on joint educational training in topics related to disease containment, risk mitigation, tropical diseases and prevention of hemorrhagic fever. Phase two will consist of a four-day clinical operations mission at a field hospital in the Bengo province, run by military medical providers from Angola, Serbia and the U.S. The field hospital will be focused on providing services and training on preventative medicine, pediatrics, family practice, dermatology, optometry, dentistry, and obstetrics and gynecology.

“The Ohio National Guard’s ability to participate in this trilateral agreement, which expands our engagement into Angola for the first time, is a result of our successful 11-year partnership with Serbia,”

“PAMBALA is a great first step in building lasting relationships with Angola, improving military-to-military cooperation and promoting a greater dialogue with the Angolan Armed Forces.”

The Ohio National Guard has successfully partnered with Serbia since 2006 through the State Partnership Program, managed by the National Guard Bureau since 1993.