Location and Events: EuroPride Parade (from Parliament to the Constitutional Court and then to Tasmajdan Stadium,17:30) and EuroPride Concert (Tasmajdan Park, 19:30)

In recent years, the Belgrade Pride parade has taken place without incident.  However, as of September 16, it remains unclear whether the Serbian government will allow and secure the EuroPride parade scheduled to take place on September 17.  The Ministry of Interior disapproved the first proposed route for the parade, and the organizers have proposed a new route.

If the Serbian government disapproves the EuroPride parade, the U.S. Embassy regretfully recommends that U.S. citizens avoid the area of the planned parade because of the potential for unruly crowds, violence, as well as possible fines.  As with any large public events, it is important for U.S. citizens to remain vigilant and take precautions. 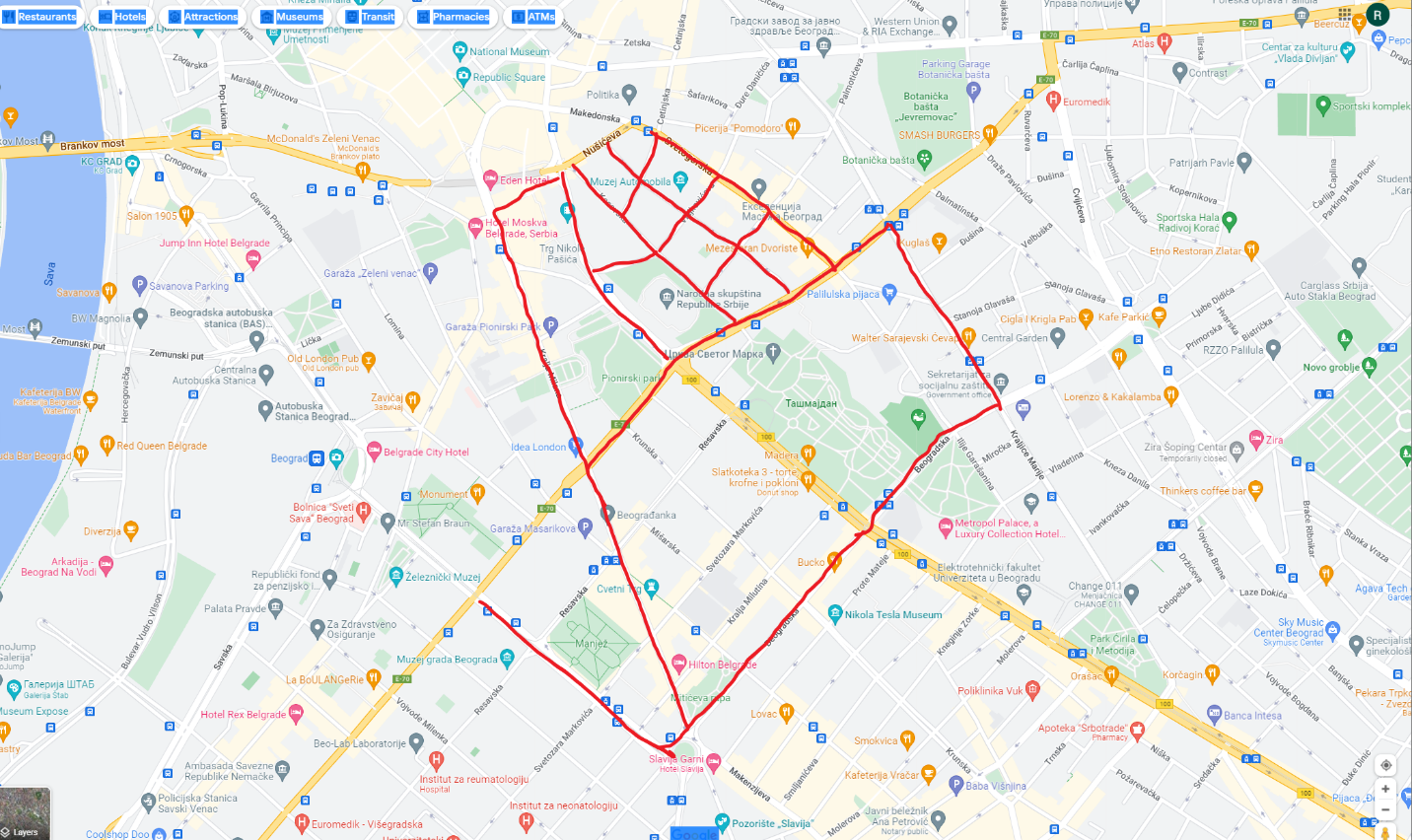 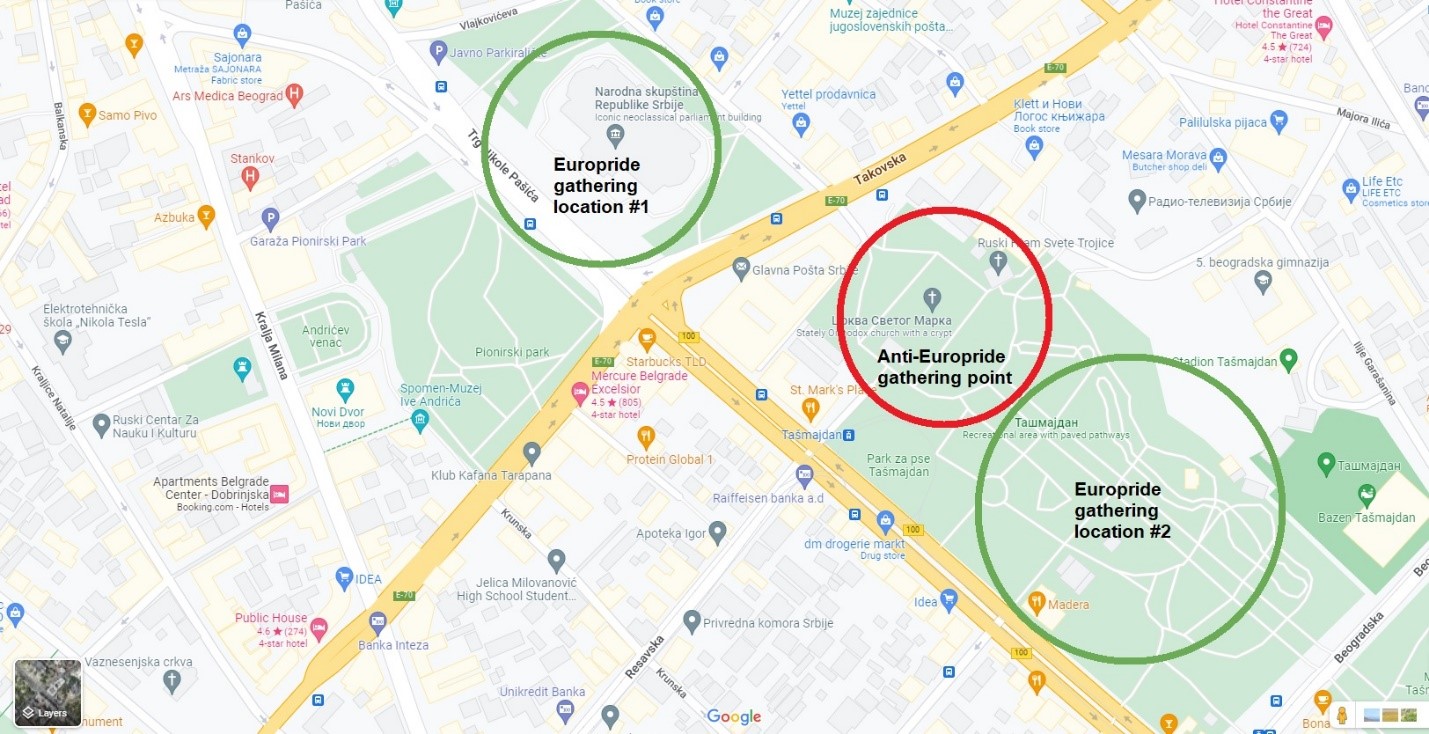 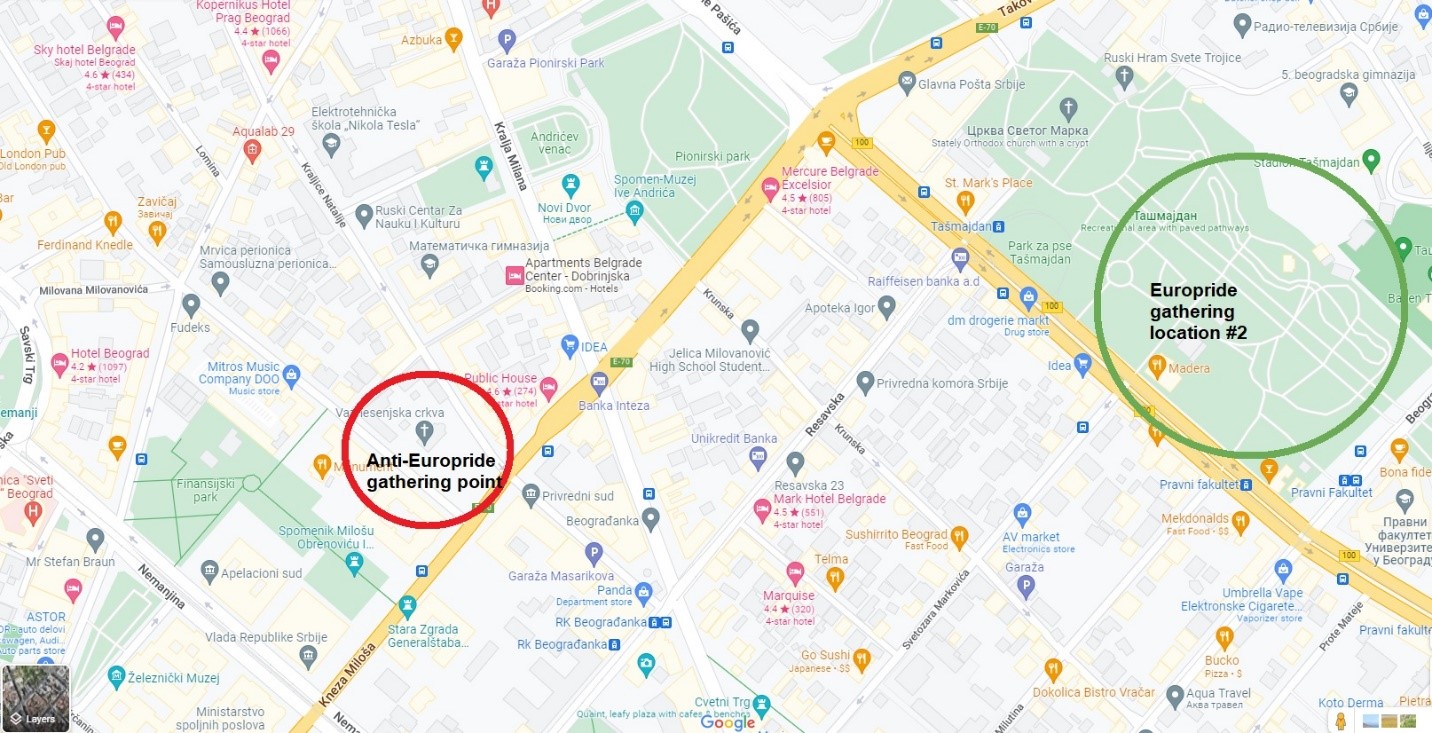 Locations of Churches Where Anti-EuroPride Groups Plan to Gather: 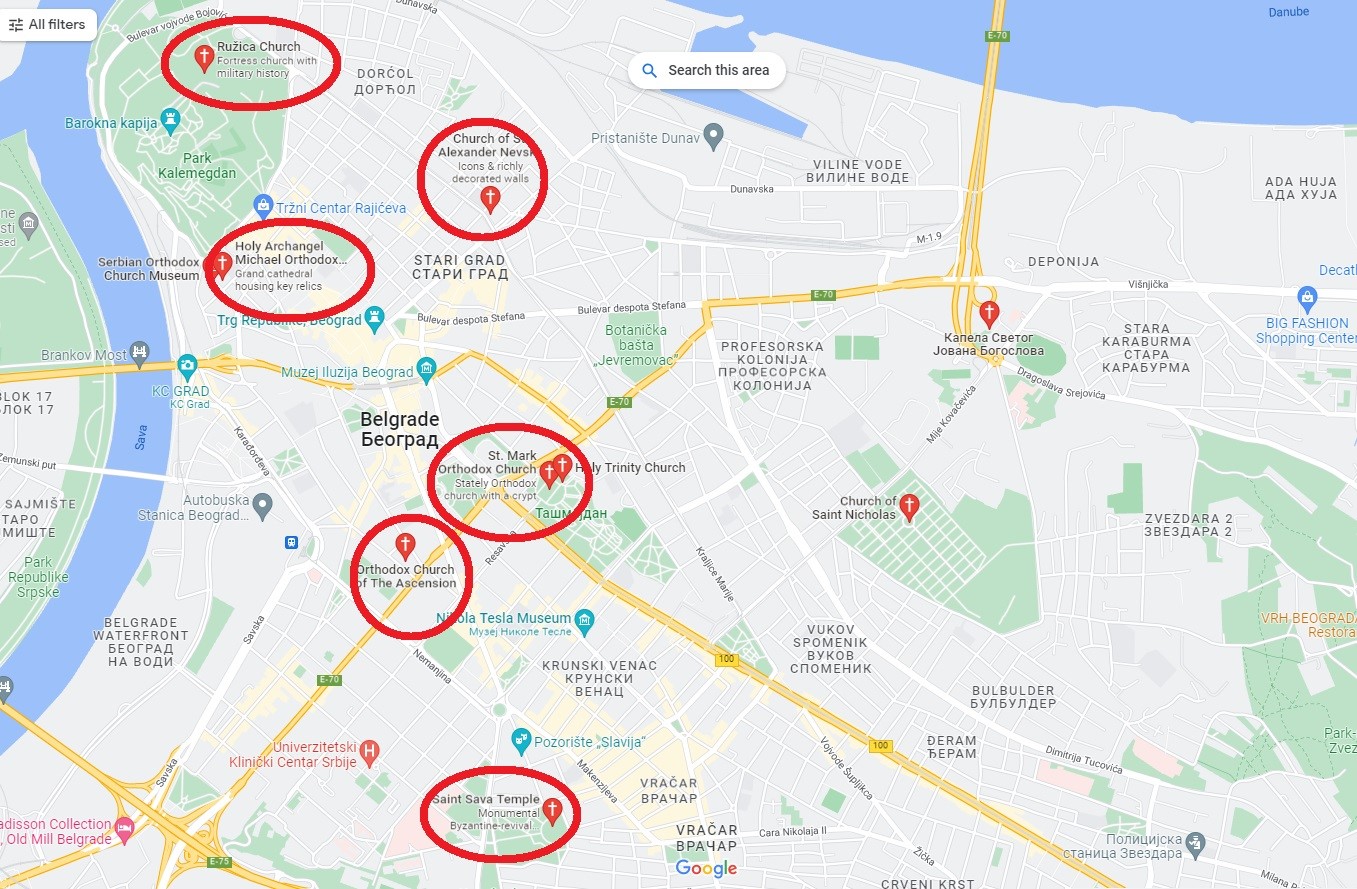