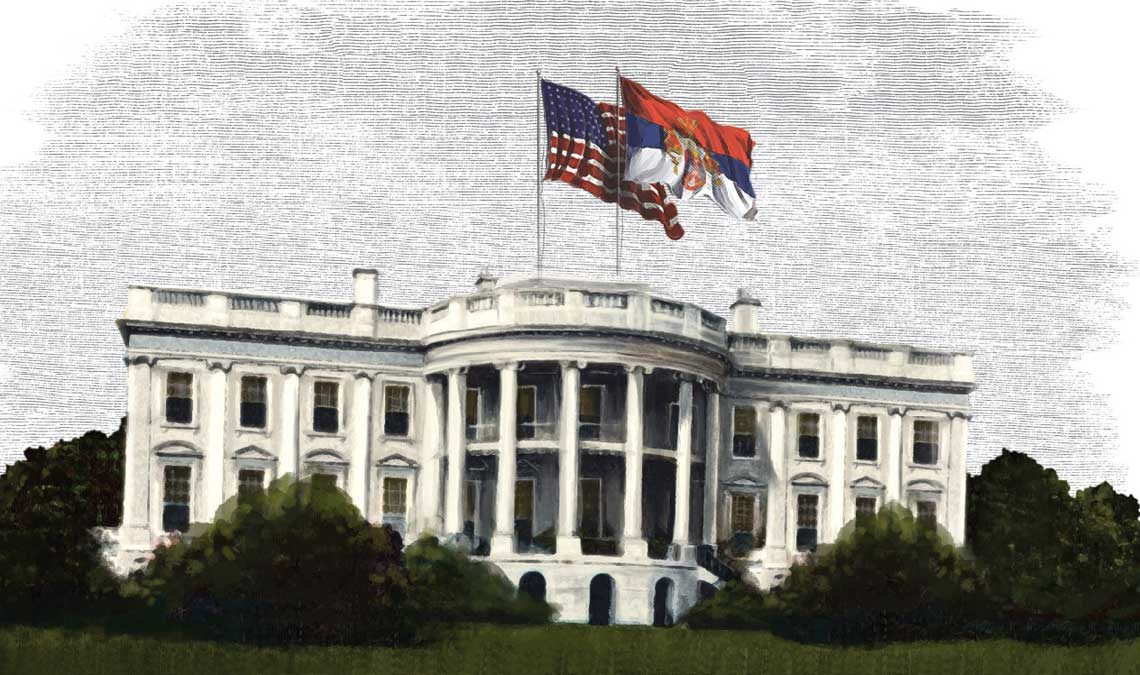 On this day (July 28th) in 1918, upon the advice of his good friend Mihajlo Pupin, President Woodrow Wilson gave the order to fly the flag of Serbia over the White House.  This was one of a number of acts that reflected the solidarity of Americans with the Serbian people who suffered so tremendously during the First World War.
At the start of the conflict, thousands of young Americans of Serbian descent volunteered to cross the Atlantic and fight shoulder-to-shoulder with their cousins.  Malvina Hoffmann’s famous poster urged people to make donations to assist the people of Serbia.  Pupin, Mabel Grujić, and others collected not only money, but also thousands of tons of humanitarian aid for the poor and for displaced refugees from Serbia.  The Columbia Relief Expedition, organized by Pupin, delivered medicine, food, agricultural tools, and seed to the war zone, as well as dozens of cars to deliver aid and also serve as ambulances.
Dr. Richard Strong, director of the Harvard School of Tropical Medicine and one of the world’s preeminent epidemiologists, headed the medical mission, organized by the Rockefeller Foundation and the American Red Cross, that came to Serbia to halt the deadly spread of typhus.  The philanthropist John Frothingham and his wife Jelena Lozanić donated a fully equipped field hospital sent to Skopje.  After the war, the couple set up a home for war orphans in Vranje.
Dr. Rosalie Morton, special commissioner of the Red Cross, not only tended to Serbian soldiers on the battlefields.  She also stayed behind after the war ended in order​ to set up the first women’s hospital in Belgrade.
Americans and Serbians should not forget our shared history.  The friendship that exists today was forged over a century ago during the Great War.
We were allies again during the Second World War. Indeed, America is tremendously grateful to the Serbian families who hid 500 American and Allied pilots and crew members from the Nazis and helped them escape in a daring rescue mission known as Operation Halyard in 1944.
Today we Americans recommit ourselves to building upon our friendship as we work together with our Serbian partners to strengthen democracy, increase prosperity, and bring peace and security to this country and to this region.