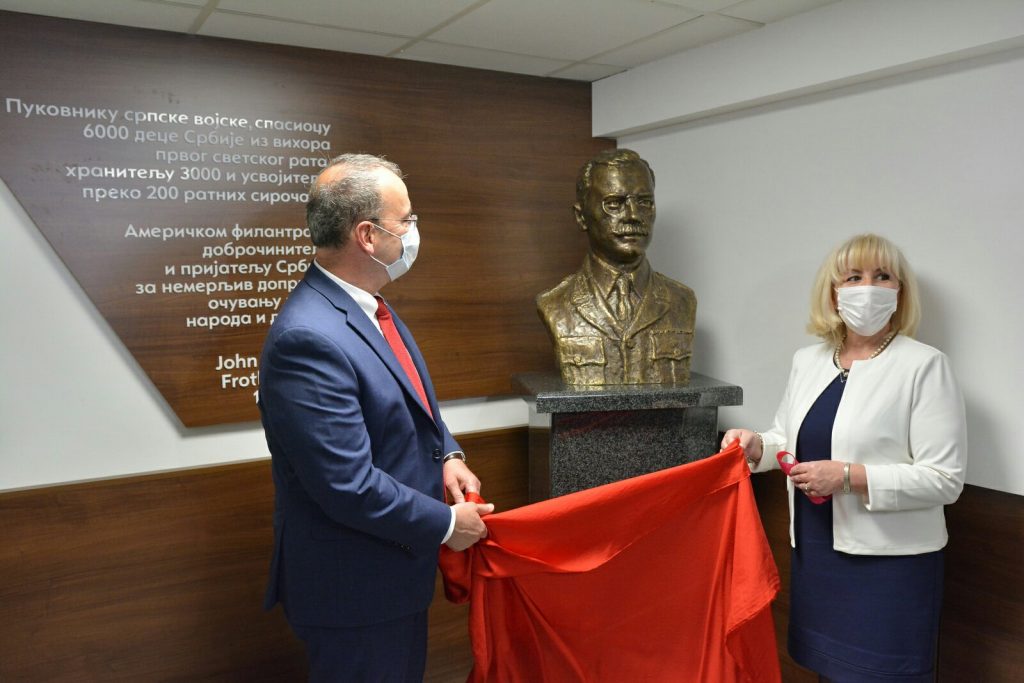 Niš has received a state of the art laboratory for genetic research worth five hundred thousand dollars, one of the best in the Balkans, thanks to the donation of the U.S. Embassy in Belgrade and the United States European Command. The lab was opened by the American Ambassador in Belgrade Anthony Godfrey. It bears the name of the benefactor of Serbia John Frothingham, whose bust now stands in the hall of the lab.

“Today, we are celebrating one great man who played an important role in a key chapter in the history of 140 years of diplomatic relations between the United States and Serbia.  This ceremony honors the friendship between our two countries. John Frothingham represents the very best in Serbian-American relations. Early in the war, in November 1914, he funded the shipment of a field hospital together with doctors. But he did not simply write checks and stay home in Brooklyn.  He came to serve as an officer of the American Red Cross in Nis and in other communities in Serbia.  The humanitarian aspects of John Frothingham’s contributions, as well as those of his Serbian-born wife, Jelena Lozanic, serve as a real inspiration to us today. Frothingham’s service to Serbia during the war but also after the fighting stopped speaks about the fundamental shared values of the Serbian and American peoples” – Ambassador Godfrey said at the opening of the lab. 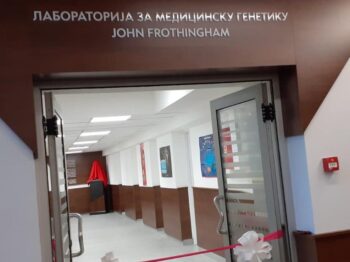 He pointed out that over the past twenty years, the United States had devoted more than $1 billion to assist Serbia to become a more prosperous, more democratic, and more healthy nation.  Today, as he said, we face new challenges. During the times of COVID-19 we demonstrate mutual concern for each other and John Frothingham is an eternal inspiration.

The new laboratory for genetic research at the Medical School in Nis is particularly important for the development of science at this academic institution, as well as for future development of the clinical health care in Nis and this part of Serbia.

The American Embassy in Serbia and the United States army Europe Command (USEC) have donated a state of the art DNA sequencer, three “real time” PCR devices, automatic nucleic acid isolators, tape station device, multimodal reader, Lumiedge chromatograph, two nano-drop devices, refrigerators (including those cooling at -90 degrees Celsius), centrifuges, vortedge machines, “Karl Zeiss” microscope and other accompanying equipment. The laboratory will perform thousands of the most complex analyzes a year, including therapy individualization for patients with malignancy in accordance with the genetic type of the tumor. This powerful laboratory opens the door to a new era in the diagnosis and treatment of patients, not only in Nis, but in the whole of southeastern Serbia.

This extremely expensive equipment has been installed in the laboratory, the reconstruction of which has been funded by the Niš School of Medicine and the Ministry of Education, Science and Technological Development of the Republic of Serbia.

“My colleagues and I have been working together on this project for three years and we are grateful to the Faculty of Medicine and the Ministry of Education, Science and Technological Development, and especially to the US Embassy and the US Army, which helped make this laboratory look like a world-class laboratory. Because only the world’s top laboratories have the devices that we have received as a donation. This will enable us to perform DNA analyses for for all the monogenic or polygenic diseases of our patients, and in that way enable prevention, rapid diagnosis and development of precise medicine in Serbia”, says prof. Dr. Tatjana Jevtović Stojmenov, head of the newly opened genetic laboratory.

This laboratory is unique in many ways. It will not only do pure genetic testing but also all other research related to molecular biology for biochemistry.

The main part of the laboratory for genetic screening is at the School of Medicine, while the other part is at the Clinic for Cardiac Surgery of the Niš Clinical Center, where tests will be performed for patients undergoing transplants.

“I have to say that this is not a project that was created overnight. The initiative came from our dean, professor Dobrila Stanković Đorđević a couple of years ago. In the meantime, our colleagues received additional training, partly in Belgrade, mostly abroad, and they are fully equipped and trained to handle these devices. With this equipment the Clinical Center of Niš, the School of Medicine and the health system of the whole of Serbia, are making a seven-league step forward. Fellow oncologists will have the opportunity to do tumor typing, and it will also enable therapy individualization, which means that individual therapy for each patient depending on the genetic type of tumor. That is a giant step forward”, Prof. Dr. Dragan Milić points out…

The newly opened lab has a great perspective as it is unique in the territory Belgrade-Sofia-Skopje. According to Prof. Dr Dragan Milic, Director of the Clinic for Cardiac Surgery, in addition to medical, this lab is of great importance for strengthening and cherishing cooperation between the United States of America and Serbia, which he personally has sought to preserve and improve over the years. 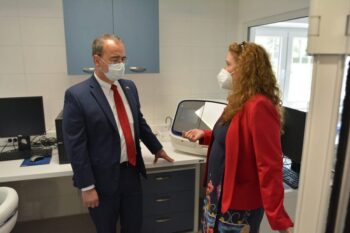 “By opening this laboratory, we want in a way to evoke memories and save from oblivion some people we were never supposed to forget. Our laboratory is named after an American, John Frothingham, whom we have, unfortunately, forgotten. Actually, we are enormously indebted to John Frothingham. At the time of the First World War, from the year 1914 when Serbia entered the war, John Frothingham collected donations and together with them came to Serbia to help the Serbian people in the most adequate of ways. As soon as the United States joined the war in 1917, he joined the Serbian army in Thessaloniki and stayed for around a year and a half in this city under Bulgarian siege helping ordinary people.

During the Great War, John Frothingham saved around 6,000 Serbian children. He at first organized reception centers for them and from there sent them to safety – to Athens, France, England and America, where they continued their education. According to some estimates, of these 6,000 children he saved during the Great War, there are between 50 and 70 thousand descendants living in Serbia today. While the war was still raging, John Frothingham opened four large orphanages and then turned them into even bigger two – In Vranje and Sremska Kamenica – where he provided education and took care for about three thousand Serbian orphans. He himself adopted 230 Serbian orphans who had lost both parents. He fell in love with our Jelena, daughter of the first President of Belgrade University Sima Lozanić and on the wedding day converted to Orthodox religion. It is estimated that in total his donation to Serbia was worth between two and a half and three and a half annual budgets of the Kingdom of Serbia. For all his merits during the war, Kind Alexander decorated him giving him the rank of a Serbian Army colonel”, says Prof. Dr Dragan Milić adding:

“It gives me a great pleasure to say that in February this year, on the statehood day of Sretenje, our President Aleksandar Vučić gave the Sretenje Gold Medal posthumously to John Frothingham, an American with a big heart, a forgotten benefactor whom we have to remember again. This is one of the nice ways to bring those stories back to life and to say THANK YOU to such people.” The Laboratory for Genetic Research in Niš is, therefore, something we owe to the past and an investment in the future.

This text has been originally published by Milena Vidojković on www.uklonimobarijere.rs