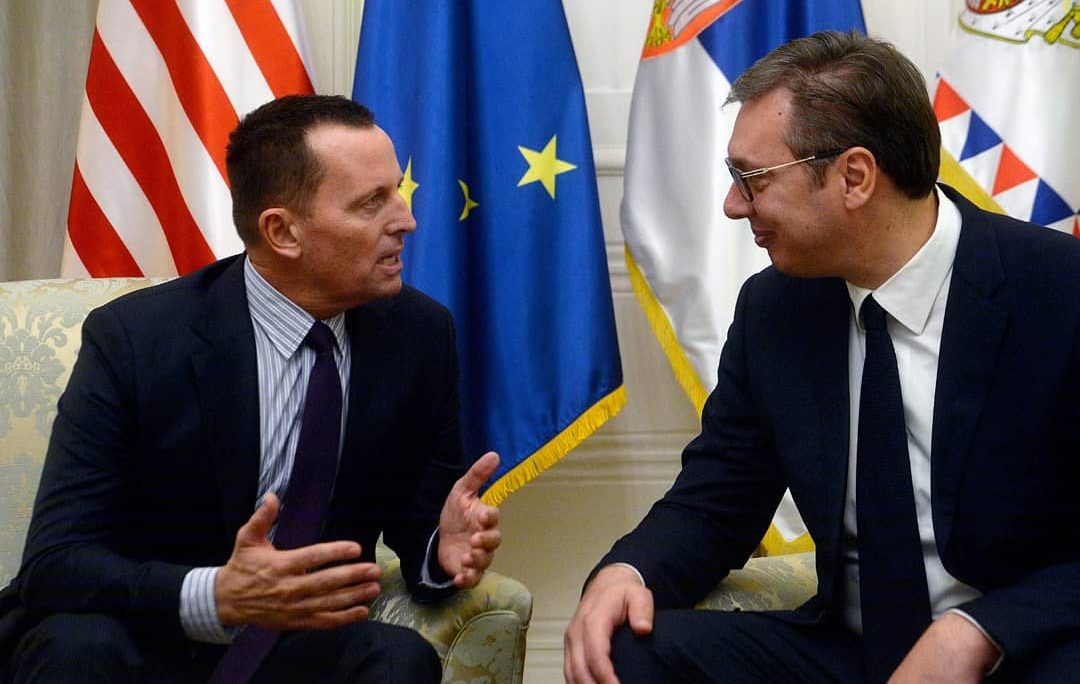 In his first official visit to Kosovo and Serbia on October 9-10, Ambassador Richard Grenell met in Pristina with Kosovo President Hashim Thaçi, as well as party leaders Albin Kurti, Isa Mustafa, Vjosa Osmani, Kadri Veseli, and Ramush Haradinaj, and in Belgrade with Serbian President Aleksandar Vučić and Prime Minister Ana Brnabić.  Ambassador Grenell started both days by first meeting with leaders of the business community.  It is the strong belief of the Trump Administration that economic development, job creation for young people, and increased commerce opportunities are a key part of ensuring a durable peace.  The goal is to bring our partners in Serbia and Kosovo together for a comprehensive solution to resolve points of conflict in the region.  Both sides will need to work closely and quickly, with an eye toward the future.