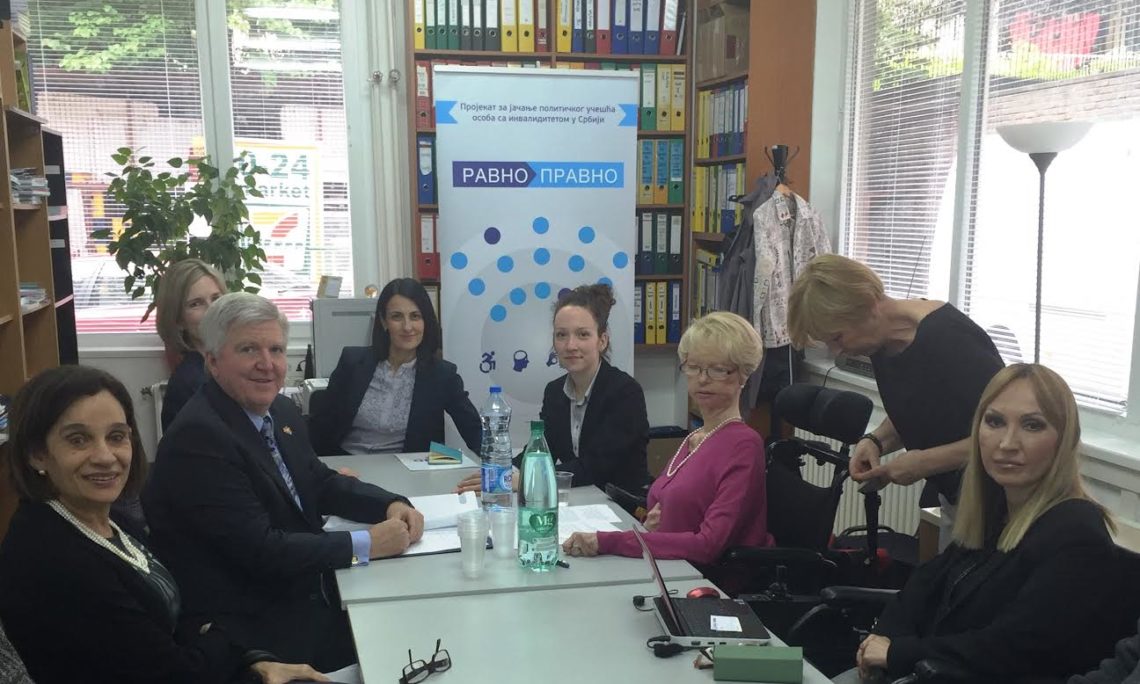 According to the Center for Research, Transparency and Accountability (CRTA) observers, only 41% of polling stations were accessible to PWDs, who constitute 11% of the Serbian population.  During the meeting, Ms. Rajkov thanked the Ambassador for the support the United States Agency for International Development (USAID) has provided to CIL, which seeks to increase PWD’s participation in the legislative, electoral and policy processes at the local and national level.

At the national level, the CIL has contributed to the establishment of a disability caucus group in the Serbian Parliament; drafted amendments and additional inputs for Instructions on elections that were adopted in part by the Republic Election Commission; provided guides on accessible polling stations for political parties, advertising agencies, and PWDs; and CIL project partner National Organization of Disabled People signed protocols on cooperation in regard to disability rights with seven political parties (SNS, SPS, SDS, DS, PS, NS and SDPS).

Ambassador Scott emphasized that making polling stations accessible to all is important for every democracy.  “While our contexts are different, it is crucial for both the United States and Serbia to continue to create a more accessible and inclusive society for people with disabilities,” said Ambassador Scott.