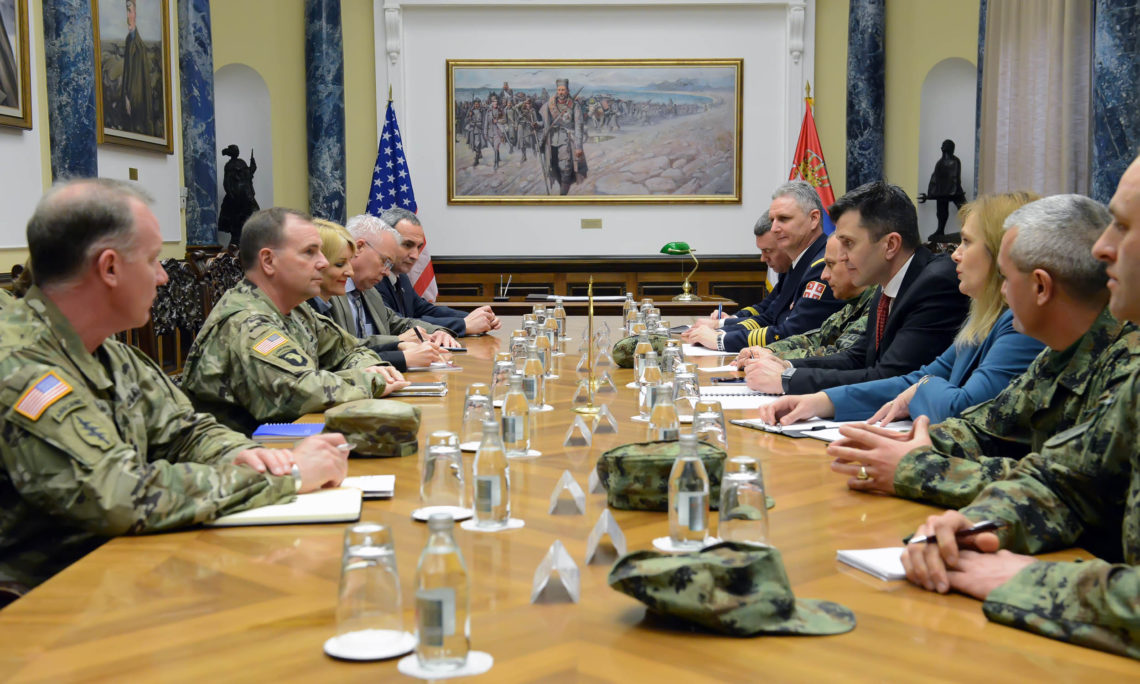 The Commanding General of United States Army in Europe, Lieutenant General Frederick Hodges, met with the Serbian Minister of Defence, Zoran Đorđević, during his visit of Serbia.

Lieutenant General Hodges expressed positive impressions about the cooperation between USAREUR and the Serbian Armed Forces and highlighted extraordinary professionalism and level of training of the members of the Serbian Ministry of Defence and Serbian Armed Forces which they constantly demonstrate. He shared his expectations that the joint exercise and training activities of the armies of the two countries would continue in the forthcoming period. According to his evaluation, the new cooperation programmes such as the enhancement of capacities of engineering units, take up an important place among the USAREUR activities and that they would contribute to mutual strengthening of confidence to the benefit of the both sides.

Minister Đorđević pointed out the significance and role of bilateral military cooperation that the Ministry of Defence and the Serbian Armed Forces have with the United States of America, particularly with the members of US Army in Europe. He especially stressed the place and role of joint training and exercises which the members of Armies of the two countries conducted and their positive contribution to the enhancement of the operational and functional capabilities of the Serbian MoD and Serbian Armed Forces.

During his visit to Serbia, Lieutenant General Hodges had a separate meeting with the Chief of General Staff of the Serbian Armed Forces, General Ljubiša Diković, and Commander of the SAF Army, Lieutenant Colonel Milosav Simović, and he also had an opportunity to visit the units of the 3rd Brigade and Mixed Artillery Army Brigade.