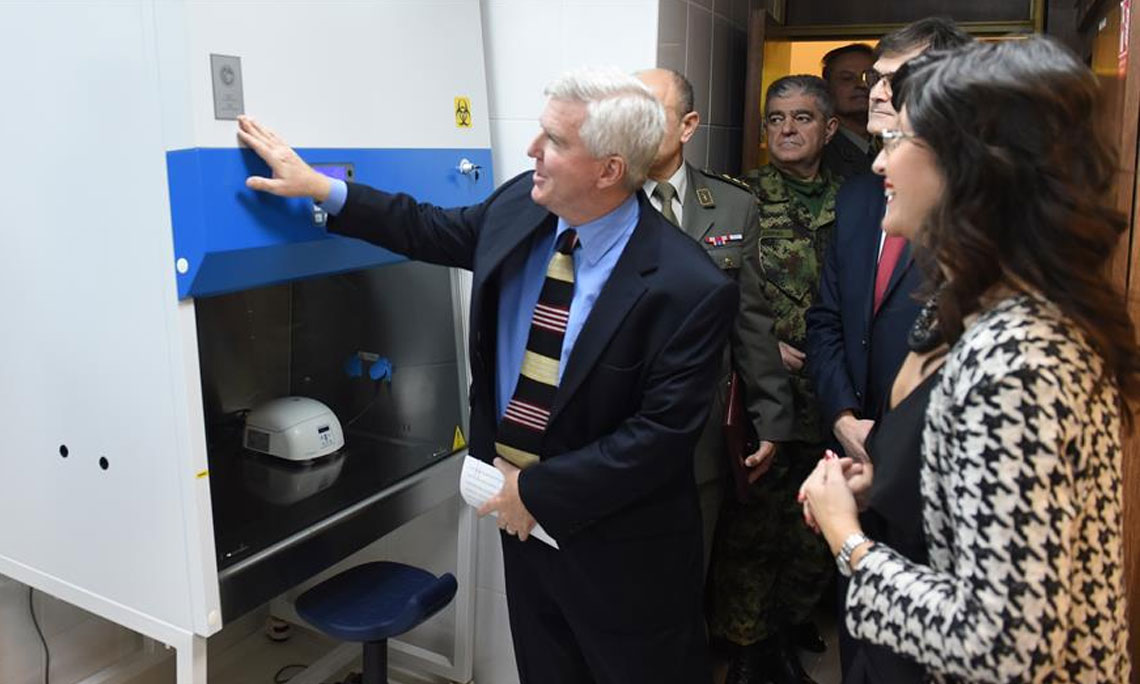 On the occasion of World AIDS Day, the ambassador Kyle Scott visited the Military Medical Academy and announced the donation of the equipment for the HIV/AIDS prevention worth $80,000 under the U.S. Department of Defense HIV/AIDS Prevention Program (DHAPP)- a global initiative whereby the U.S. Government works with armed forces worldwide in order to raise HIV/AIDS awareness and boost their prevention, care and treatment capacities. The donation consists of modern blood, tissue and organ analysis laboratory equipment, as well as educational leaflets, posters, laptops, projectors and personal protective equipment.  The assistance focuses on the development of laboratory infrastructure for HIV testing and diagnosis, training of health care professionals, and the purchase of equipment and supplies needed for primary prevention activities.

The 10th anniversary of this program in Serbia has been marked in 2016. Since 2006 , the Serbian Ministry of Defense and the Military Medical Academy have received over $990,000 in donations to achieve this goal.

The U.S. ambassador to Serbia Kyle Scott and the Serbian Defense State Secretary Nenad Neric signed the Agreement on donation. Ambassador Scott highlighted on the press conference that HIV and AIDS are threats to everyone, especially members of the army sent to the areas with an increased risk of becoming ill since this virus affects any color or uniform and no one is immune to the consequences of the disease.