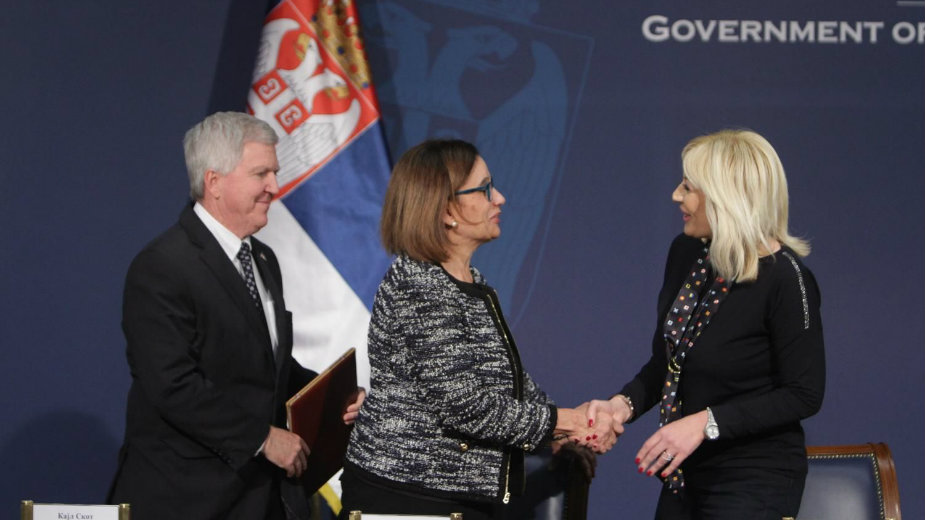 USAID Serbia Мission Director Azza El – Abd and Jadranka Joksimovic, Serbian Minister without portfolio responsible for EU integration, signed amendments to two bi-lateral assistance agreements: Agreement for the better functioning of the public administration of the Republic of Serbia (worth $4,450,000) and amendment to the Agreement for a more competitive market economy (worth $4,645,425).

Since 2001, through the USAID, the United States Government provided $748 million to strengthen democratic governance and to make Serbia’s economy more competitive.