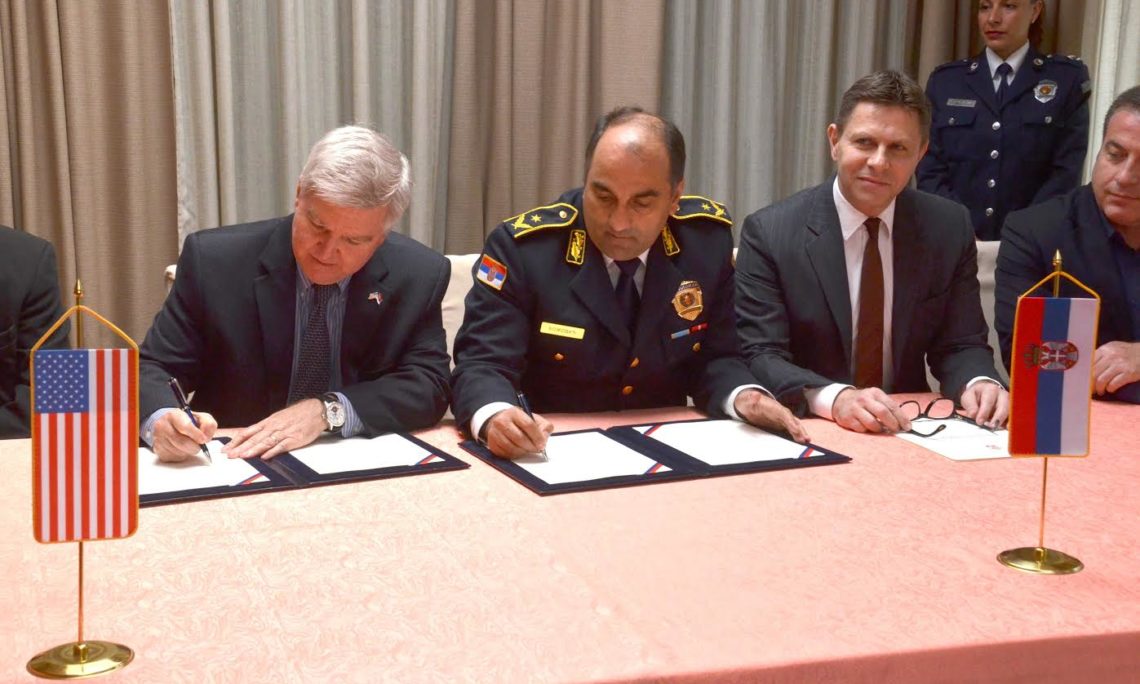 U.S. Government Donates over $340,000 Worth Equipment to Serbian Border Police

On Wednesday, May 25, Ambassador Kyle R. Scott joined Head of Border Police, General Milenko Bozovic and State Secretary at the Ministry of Interior Aleksandar Nikolic at an official ceremony to mark the donation of equipment to Serbian Border Police from the Government of the United States.

The equipment donation was made through the US Embassy’s Export Control and Related Border Security Program (EXBS), which assists the Government of Serbia, and other partner countries, in strengthening their capacity to detect and interdict illicit trafficking in items of proliferation concern and ensuring that they are on a course to develop an effective strategic trade control system that meets international standards.

EXBS donated over $340,000 in vehicles and other operational equipment to assist the border police in enhancing their border security mission.  Since 2008, EXBS has provided over $5 million in equipment and training to Serbia’s Border Police, Customs Administration, and export control agencies as part of a global effort to combat the illegal proliferation of conventional weapons, weapons of mass destruction, and related technology.

Ambassador Scott stated at the ceremony “this equipment and training strengthens the capacity of the Border Police to meet the security challenges facing Serbia and the region today.  Challenges like smuggling, which damages the economy and lines the pockets of organized crime in Serbia.  Challenges like terrorists trying to cross into Serbia illegally to do harm to people here or elsewhere in the region.  And challenges like the trafficking of human beings, a legal and moral crisis that violates the shared values of Serbia and the United States.”