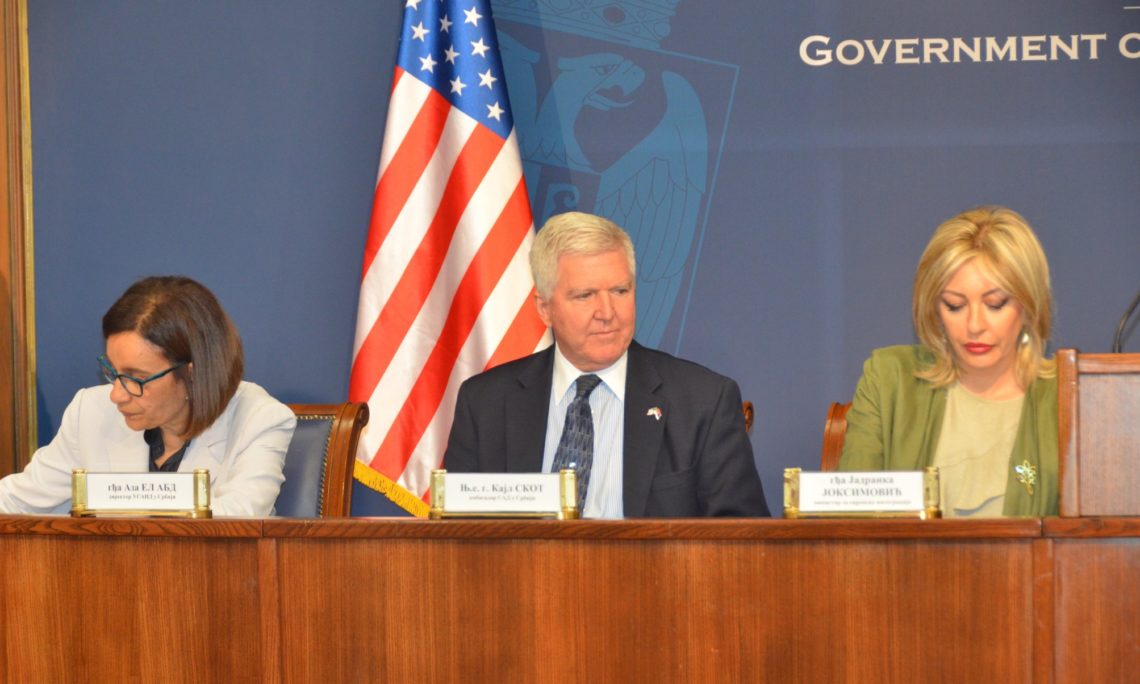 The United States Government and the Government of Serbia signed agreements under which the United States will provide $22 million in assistance to Serbia. These funds will be used to help make Serbia’s economy more competitive, strengthen the rule of law, bolster government operations, improve the media regulatory environment, and combat corruption.

“Since 2001, the United States has provided nearly $1 billion in assistance to Serbia,“ said United States Ambassador Kyle Scott. “I want to stress that our assistance is a partnership. We work directly with the government of Serbia, the Serbian private sector, and civil society to identify the challenges facing Serbia. More importantly we turn to Serbians to identify the solutions.”

Minister for EU Integration Jadranka Joksimovic said that Serbia has been engaged in EU accession negotiations and that “to reach its strategic goal, Serbia will focus all of its available resources toward adopting and implementing the EU aquis and attaining standards that will make it an equal member state. On this path, financial support and future collaboration with the United States as a partner in development, is of utmost importance to Serbia.”