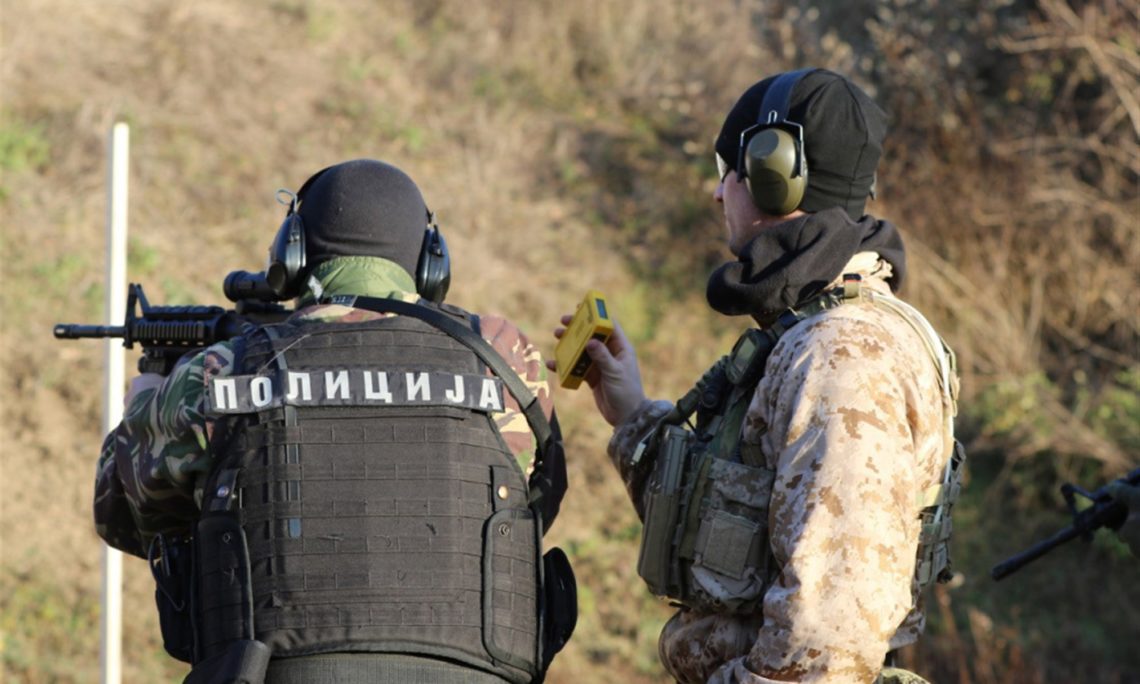 Members of Special Operations Command Europe conducted the first-ever Joint Combined Exchange Training (JCET) with the Serbian Special Anti-Terrorist Unit (SAJ) here Nov. 23 through Dec. 13.
The fourteen-day JCET is designed to give U.S Special Operations Forces an opportunity to conduct combined exercises with foreign security forces in a variety of areas to sharpen and enhance both U.S. SOF and host-nation skills. “The JCET the U.S. SEALs conducted in Serbia was extremely important to promoting U.S. interests in Serbia,” stated Lt. Col. Corey Shea, Chief of Defense Cooperation at U.S. Embassy Belgrade. “The most important outcome of this event was the enhancement of the capabilities of the SAJ in Serbia.” The combined units conducted several days of close quarters combat and weapon drills, using various scenarios as part of the training.

Participating in scenarios focused on CQC and weapons drills provides participants with an opportunity to increase proficiency with their weapons and practice making split-second decisions. U.S. SOF were impressed by the professionalism demonstrated by their Serbian colleagues and felt privileged to be the first such unit to work side-by-side with the SAJ, said the team chief assigned to Naval Special Warfare Unit 2. Shea stated that Serbia is a potential transit route for foreign terrorist fighters travelling between Europe and the Middle East. By training together now, SOF and the SAJ ensure they can work side-by-side in the event of a real-world crisis.

“Enhancing Serbia’s ability to identify and interdict foreign terrorist fighters greatly enhances the security of U.S. citizens throughout Europe,” said Shea. The JCET not only allows the U.S. SOF to work with foreign partners, it is also a training event enabling participants to maintain instructional skills, develop training aids and refine language capabilities in preparation for a crisis environment. “This engagement with a Serbian force established a solid foundation for continued exchanges of experience for both our countries,” said the team chief.