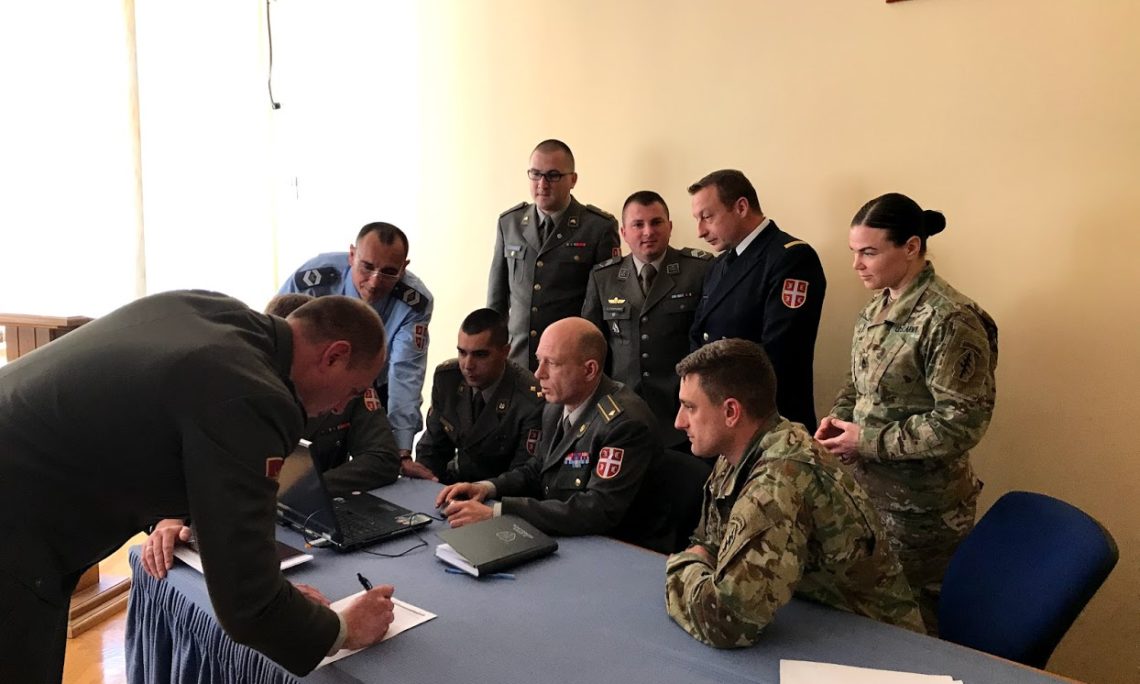 U.S. Army Civil Affairs personnel recently completed a 4-day seminar with the Civil-Military Cooperation (CIMIC) element of the Serbian Armed Forces (SAF) at the SAF Air Forces Command Building.  This team’s work with the SAF helped support their Partnership for Peace goals and will prove useful in SAF’s upcoming rotation as part of the European Union Forces Battlegroup HELBROC (including Greece, Bulgaria, Romania, Cyprus, Ukraine, and Serbia).  This interaction further demonstrates Serbia’s commitment to exporting security though participation in important peacekeeping operations in support of UN and EU missions in places like the Central African Republic in Africa, Lebanon in the Middle East, and elsewhere.