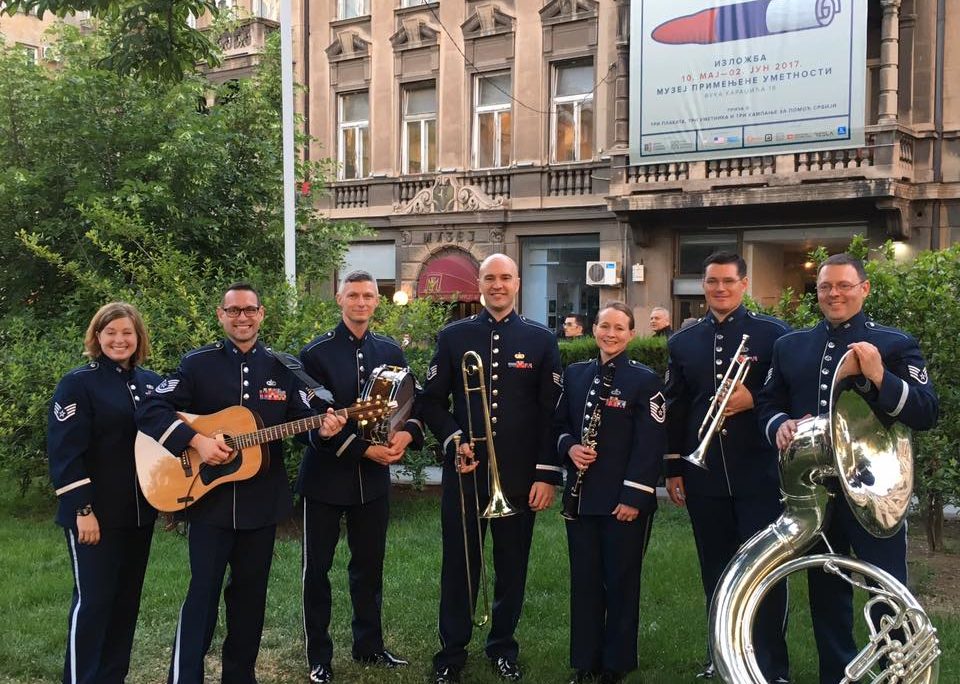 The U.S. Embassy in Serbia is proud to host the United States Air Forces in Europe  (USAFE) band between May 8-13, 2017.  The USAFE’s “Wings of Dixie” band is based in Frankfurt, Germany and will participate in this year’s “American Culture Days” in Serbia.

The seven-member “Wings of Dixie” will hold master classes and perform concerts in Ćuprija, Belgrade, Sombor and Novi Sad.  Their music covers the full spectrum of Americana music, ranging from the early days of traditonal jazz all the way to classic pop/rock hits. They provide a highly entertaining show of hot jazz and cool blues that is instantly identfiable as American music.  The “Wings of Dixie” is the only ensemble of its kind representng the United States Air Forces in Europe and has been entertaining audiences for more than a decade. They provide an entertaining and diverse show, which leaves a little bit of the American spirit in the heart of every audience member.

They are eager to play in Serbia for the third time and to learn more about Serbian traditions and music.

Journalists interested in covering the band tour should arrive 30 minutes before each concert: