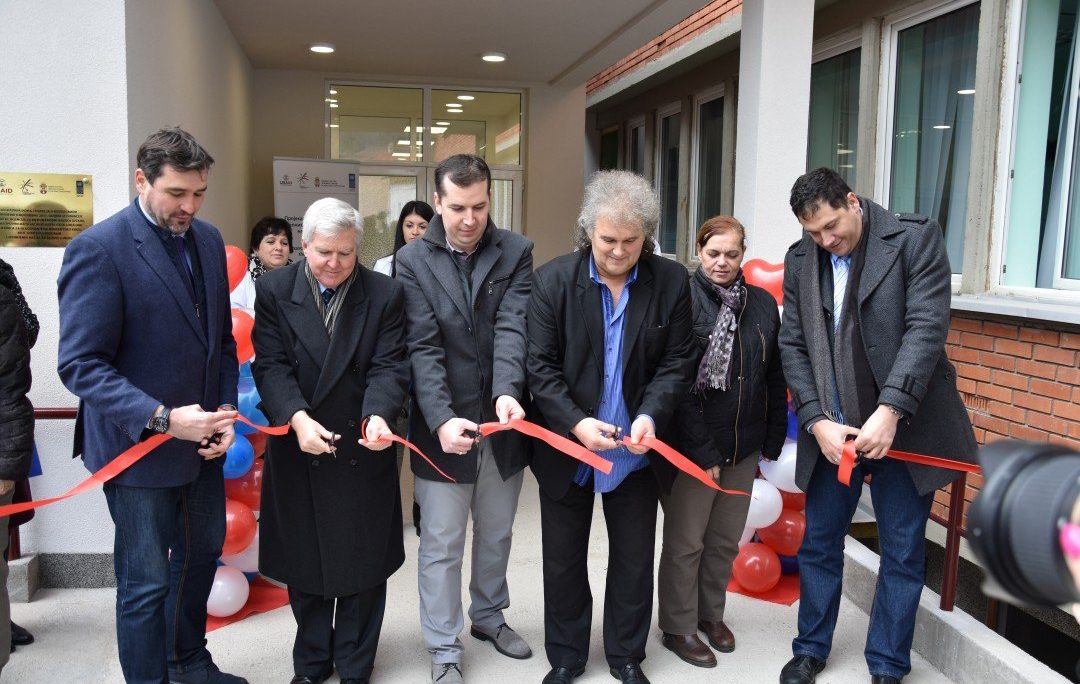 he United States Agency for International Development (USAID), a U.S. government agency, the United Nations Development Programme (UNDP) and the Government of Serbia inaugurated a new emergency care facility at the Primary Health Care Center in Bosilegrad. The new facility provides residents of Bosilegard, including migrants and refugees accommodated at the city’s reception center, with access to essential emergency medical services.

“The U.S. government, through USAID, provided $2 million to help the most affected municipalities in Serbia upgrade their infrastructure and improve public services to cope with the effects of the migration crisis,” said U.S. Ambassador Kyle Scott. “In Bosilegrad, we provided $118,000 to build and furnish this new emergency care facility. The people of Bosilegrad deserve special thanks for the warm response they have provided to the migrants who have entered their community.”

“With the construction and furbishing of the new emergency care facility at our Primary Health Care Center we created conditions for all urgent medical interventions to be performed in our municipality. In such cases, as you know, time is critical, however until now we had to transport urgent cases to other municipalities and towns,” said the mayor of Bosilegrad Vladimir Zaharijev. “The new emergency care facility will be available to local residents and migrants alike and our doctors and nurses will be able to deliver adequate medical care to all those who need it.”

“Most segments of human development are in the immediate jurisdiction or depend to a great extend on local authorities, therefore we will be even more present on the entire territory of Serbia during the coming budget year,” said the State Secretary at Minister of Public Administration and Local Self-Government Ivan Bošnjak.

The emergency care facility at the Bosilegrad Primary Health Care Center is part of USAID’s Enhancing Local Resilience to the Migration Crisis project, implemented by UNDP. The project helps improve public services and infrastructure in Serbian municipalities affected by the migrant crisis.