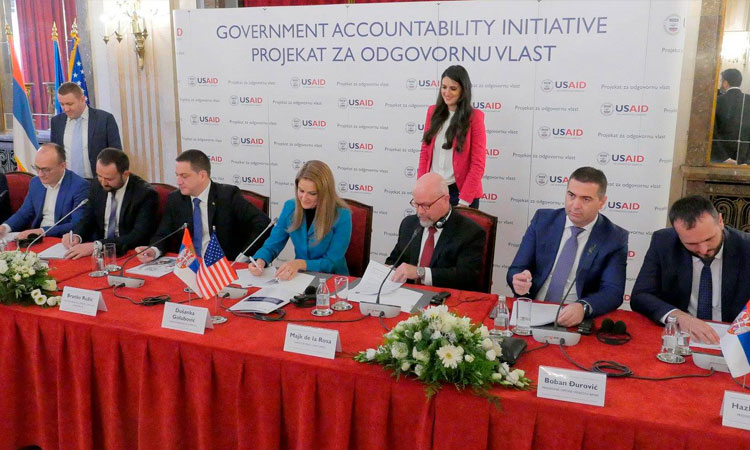 The mayors of Šabac, Vranje, Sombor, Vrnjačka Banja, Sjenica, Raška, and Dimitrovgrad, along with Mr. Mike de la Rosa, Director of USAID Serbia, signed Memoranda of Cooperation today to increase transparency, accountability, and citizen engagement in decision making in order to decrease corruption. Mr. Branko Ruzic, Minister of State Administration and Local Self-Government witnessed the signings, and representatives from the State Audit Institution and the Anti-Corruption Agency joined the event to show their support.

“Corruption is recognized as one of the most significant areas of concern for Serbian citizens and reducing corruption is among the key criteria for Serbia’s accession to the European Union,” said USAID Mission Director Mike de la Rosa. “As the government institutions that are closest to citizens, local governments have a critical role to play in this regard.  USAID hopes this initial group of local governments will become incubators to test and to scale up new approaches for building more transparent and accountable governance.”