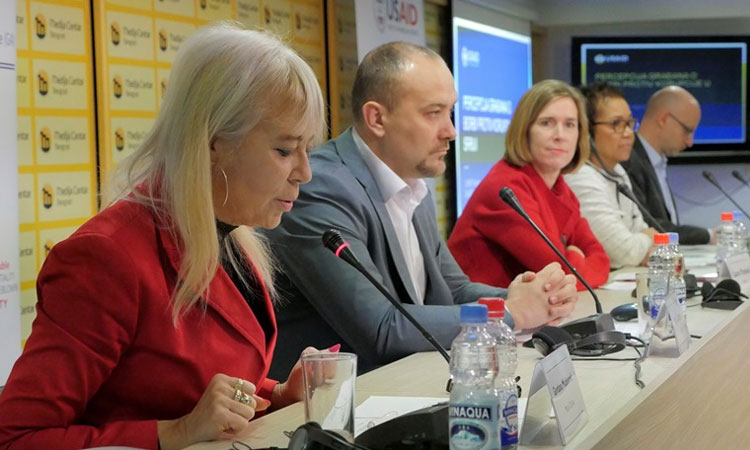 USAID’s Government Accountability Initiative (GAI) presented the results of the 2018 nationwide survey of Serbian citizens’ perceptions of efforts of all branches of government to combat corruption.

Speaking at the ceremony Ms. Laura Pavlović, Director of the Office of Democratic and economic Growth, USAID, said “I think it is important to underscore that progress in improving the rule of law and combating corruption is not only important to Serbia’s European future—it is important to Serbia’s future more generally.  We will hear today that there is not much faith among citizens that the country is heading the right way.  And, that more than half (57%) of citizens think that corruption is widespread in Serbia.  And at the same time, very few are ready to report corruption when they see it – some out of fear, some because they don’t believe anything can be changed.

Citizens perceive the most effective policies to combat corruption in Serbia should include strengthening whistleblower protections and independent oversight institutions and imposing higher penalties for those who give and take bribes. Ms. Pavlović reiterated USAID’s commitment through GAI to increase the capacity of independent agencies to execute their mandates, to support local self-governments adopt more transparent practices, and to work with the anticorruption courts and prosecutors to bolster efficiencies in adjudication of corruption cases.